What happens when you take a businessman with a keen interest in photography and put him in an artist’s studio? Raj Shahani’s career and creative force is proof that when you live life with a passion, creativity unfurls and takes you soaring upon its wings.

The New York based businessman with a successful career in the finance industry had always nurtured a creative side. Born in Mumbai, to Sindhi parents who held education and stability in high esteem, Raj was raised with a firm belief that a career must be a means to financial security. His early attempts at art were considered a distraction from his studies. He does not remember being exposed to much art, except for one instance when he saw the famed sculptor Auguste Rodin’s work on display. This was a moment he took with him as his life coursed through various career paths onwards to New York.

Having made a decision to retire upon turning 50, he decided to pursue all the things that inspired him creatively. Photography had remained with him throughout his career mostly as a keen hobby. Now free to explore other avenues, he took a sculpting workshop at the Art Students League in New York. And that was the beginning of a new love affair. This new found passion culminated in his first solo exhibit at the Jehangir Art Gallery, Mumbai in November 2019, featuring dancers captured in graceful motion through the medium of clay, bronze and fiberglass. He has also recently unveiled a site-specific, contemporary installation titled ‘Jayanti’ in Mcleodgunj, a small village outside Dharamshala, Himachal Pradesh – home to His Holiness the Dalai Lama.

India Currents caught up with Raj Shahani in Mumbai as he worked on several private commissions.

IC:    We live in a world where specialization in a particular field of study carries weight – status – respect – identity.  This begs the question – why & how did you choose to leave behind your successful career and change lanes so to speak?

R.S:   My parents migrated from Pakistan and went through a lot as they made their life in India. So fiscal responsibility and being able to support your family with what you earned means everything to them. As a boy I loved to paint and draw. But since Art was not considered a viable option, my parents and my school discouraged me from my attempts to pursue it. I am a parent now, and I understand where they were coming from!

I ended up majoring in Chemistry and then went on to other things. More and more I was left with a feeling that I wanted to retire at the age of 50. But after that what? All I knew was that I wanted to do something which was not dictated by others. I had never envisioned making art, and only pursued photography as a hobby. Until I stumbled upon sculpting. It became an obsession!

IC:   Did you see yourself working towards a goal while you were exploring sculpting?

R.S:  There was no plan. I just lost myself in the studios sculpting for hours every day! The human form came easily to me, maybe because I have taken so many pictures of people. The form is ingrained in my head and I could translate it into clay. But the results were only for me. I did not intend to show it publicly. Friends urged me to show my work and I remember thinking “what a crazy idea”!

IC:   I ask this question of all artists. How difficult was the idea of monetizing your work?

R.S:   I haven’t accepted it as yet! While curating my work at the Jehangir Art Gallery, I wanted to keep all of it – could not let go! Even though I understand money and finance, it is very different when it comes to putting a dollar value to what I create. I cannot believe the response to my work!  This is still something I am learning to deal with.

IC:   Your show at Jehangir Art Gallery titled ‘Caesura/Continuum’ is a celebratory series of the human form captured in the course of executing ballet movements. The work is crisp, highly detailed, and has a wonderful, lyrical tension in some of the pieces. Tell us about your journey with this series.

R.S:   I don’t see my sculptures ‘ballet dancers’ – I know that the dance form is ballet, but I have tried to go beyond it. Forms and people are very important. It is more about the emotion, the story behind that moment. The captured moment is just part of that overall story. In my head, the shapes have feelings. The movement, the tension, the emotion on their faces tell a lot more than the dance form itself. Ballet is the medium used to tell that story! It is a very spiritual experience although not in a godly sense. It is meant to transport you into that story – into that world, as a viewer.

IC:   How much of your work is colored by that exhibition of Rodin’s work you attended as a boy?

R.S:   As a kid growing up in Mumbai, we didn’t have much exposure to art or sculpture. At that time I remember going to an exhibition featuring Rodin’s work. I had never seen work on that scale in my life! So it made a definite impact. Having never had formal art training, that first exposure stayed with me.

IC:   Tell us about your recent work, ‘Jayanti’, the 17 foot site-specific permanent installation situated Mcleodganj, Himachal Pradesh. Both the sculpture and the location – a place famed for its Buddhist spirituality – are intriguing.

R.S:  I was at the Hyatt Regency Resort in Dharamshala talking to the architects because they were interested in showcasing a series of photographs I had taken of Buddhist monks. The beauty of the locale inspired me to visualize ‘Jayanti’ – which is not a creation, but an energy. It has always existed in that place. I just let my inspiration reflect that energy, giving back and enhancing what was already present. It is like holding a mirror to what exists.

IC:   Your use of the word ‘mirror’ pretty much says it all! ‘Jayanti’ is highly reflective in the choice of materials you have used. It seems almost otherworldly, somehow placed in that area amidst the lushness of nature. How do you go from sculpting the human body in its lyrical and exquisite complexity to creating something like ‘Jayanti’?

R.S:  Like I said before, ‘Jayanti’ has always existed as Energy in that place. She is the monolithic, Mother Goddess of Dharamshala who has been worshipped for all time. Jayanti is in the trees, the flowers, the beauty of the place itself. The sculpture is made of mirror-polished steel. It is multi-faceted, like a precious gem. You are meant to drive or walk around the installation. The form reflects different things as you drive around it, including the viewers themselves. So for me, it is more of a feeling, an experience. And a conceptual homage to Dharamshala, home to His Holiness the Dalai Lama.

It also carries a Sanskrit shloka inscribed on its reflective facets – a tribute to the Goddess Jayanti.

IC:  What next? Which aspect of life & creativity do you intend to explore?

R.S:  I am currently working on commissions and enjoying that process. Inspiration comes from everyday things that make me happy. I don’t have the constraints of being dictated to by the world around me, which is a blessing! So, for now, I just want to create. There is a hunger within me which lets me vent out my creativity in new and exciting ways.

The installation ‘Jayanti’ is part of Hyatt Regency, Mcleodgunj’s permanent collection, paying tribute and homage to the ethos that is part of its fame. 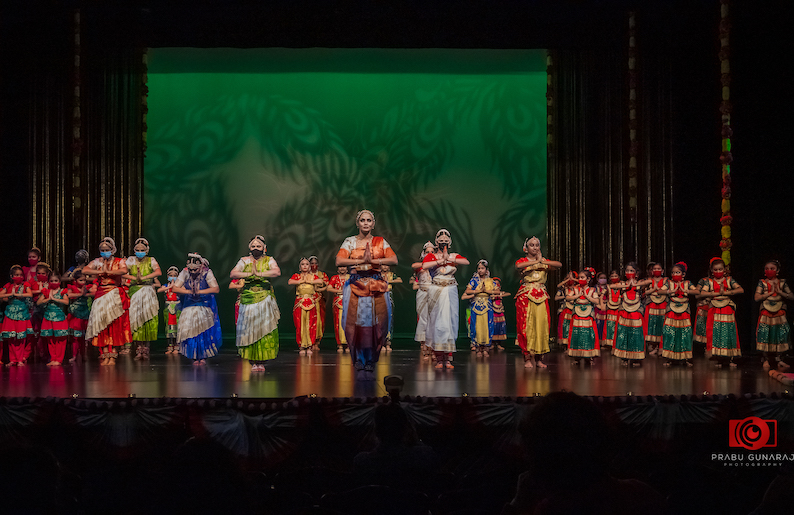 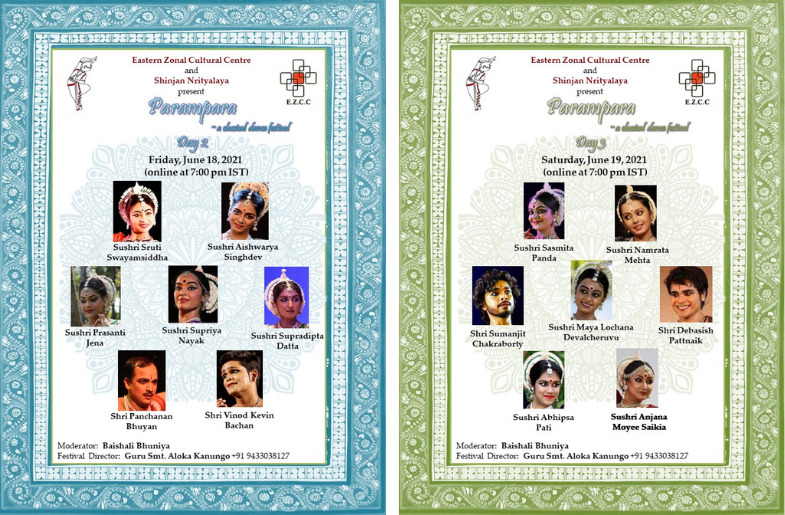