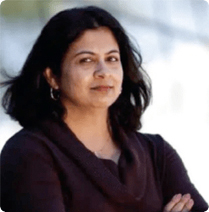 Vandana Kumar is a publishing executive with a 33-year track record in the industry. As a new immigrant, she co-founded India Currents magazine in 1987 and published an award-winning print magazine from April 1987 to Dec 2017. Fully digital today, India Currents has the largest following among Indians in the United States. It is indexed by Lexis/Nexis and the Ethnic Watch database.

Vandana cares deeply about social justice and serves on the Friends of PACT Advisory Board.

Vandana is President Emeritus, Board of Director of Narika, an organization that serves women facing domestic violence. 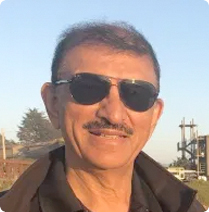 Vijay Rajvaidya is a veteran of the high-tech and Information Technology industry of the Silicon Valley. He has an MBA in Finance from Santa Clara University and multiple degrees in engineering. Vijay has 30 years of  experience in global marketing and sales.

As a member of the Rotary Club of Evergreen Valley, Vijay is involved in educating the community about Climate Change and health and wellness in the shadow of the pandemic. Passionate about India’s rich culture, heritage and civilizational history, he is dedicated to sharing this with fellow Americans.

In his free time, Vijay is a theater actor, a pilot, a mountaineer and a scuba diver. 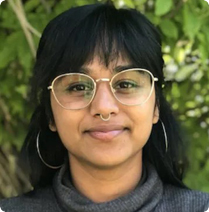 Srishti Prabha serves as the Assistant Editor of India Currents. Srishti attended Northeastern University in Boston and graduated with a B.S. in Biology and Environmental Science. After working in academic science, she began to confront the oppression of women and minorities in higher education. This led to her pursuit of a Master’s degree in Anthropology from Harvard University to better understand culture-specific interventions to help marginalized communities.

Before joining India Currents, Srishti was a Public Ally Fellow. As a Public Ally, she worked on the effects of gentrification in East Palo Alto through journalism at EPA Today. She is passionate about diversifying spaces, preserving culture, and removing barriers to equity. She has found that community media and journalism are the perfect blend of anthropology and advocacy. Narratives catered to the community it serves, allows us to give voice and agency to those that have none. Srishti is excited to be a part of the India Currents’ legacy – elevating South Asians voices for more than 30 years.

Meera Kymal, Contributing Editor at India Currents, creates stories and multimedia content on social issues that impact the South Asian community. She covers broader public topics like immigration policy and reform, public-health and the pandemic, voting rights, the census, and agents of change. She also writes grants for IC and has obtained funding from the Facebook Journalism Project, United Way Bay Area, Silicon Valley Community Foundation and Ethnic Media Services. In 2020 she received a Journalistic Excellence award from the San Francisco Press Club.

Meera has over 20 years in corporate communications in the healthcare and IT industries in the US and UK. She holds a BA from Madras University, a Fellowship from Mount Holyoke College(MA), and MA in Communication from Ohio University.

Check out articles by Meera: https://india.myworkspacefiles.com/author/meera-kymal/amp/

Soma Chatterjee is the Diversity Ambassador for India Currents. She also serves on the Board of Silicon Valley Inter-religious Council representing Hinduism from HAF. She is a Media & Communications professional working in the start-up ecosystem in the Valley with a focus on Data science.

To know more about her community work and affiliations, please visit: www.somanjanachatterjee.com 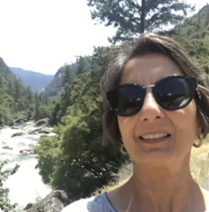 Anu Barman manages the Events section of India Currents. She has a B.S. in EECS from UC Berkeley and worked in the Semiconductor Industry for many years. Anu is passionate about physical fitness, enjoys dancing and hiking, and loves organizing everything she touches. 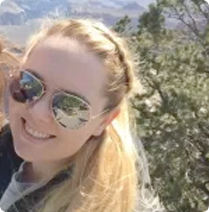 Katie Lindsay is the Operations Manager for India Currents. She is a graduate from Sonoma State University with a degree in Business Marketing,

In her spare time she enjoys watching the Golden State Warriors and hanging out with her spunky cat and lovable dog.