Our Climate is Changing. Why Aren’t We?

Climate Reality activist Campbell Scott talks to DesiCollective about why Energy Storage is important for a sustainable economy.

When Texas lost power after two devastating winter storms  mid-February 2021, over 4 million homes and businesses lost power for several days. In Austin,  people were burning their furniture to cook food and to keep warm.

Campbell Scott says  this disaster was preventable. The  Texas electrical grid failed to keep up with the demand, and Texas repeatedly failed to protect its power grid against extreme weather.

What is the  science behind energy storage?

Can California halt the frequency of its rolling blackouts?

And what can communities do to advocate for a greener future?

We asked Campbell for answers.

A Primer on Green Energy Storage by Campbell Scott

Why should we start using green energy rather than fossil fuels?

Renewable, carbon-free electric power, generated by solar panels and wind turbines, is now cheaper than from any other source.  If we are to reach zero carbon-dioxide emission,  fossil fuels, coal, oil and gas, must  be phased out.

How do we store renewable energy when  sunshine and wind are intermittent sources: the sun sets every night or may be clouded over; the wind does not always blow.

The solution is to store electrical energy when supply exceeds demand and to use that stored energy as demand increases.  It is just like “saving for a rainy day.”

Peak demand usually occurs in the evening as people get home from work, cook dinner and turn on other electric appliances.  Most generating stations providing on-demand power are typically natural gas powered “peaker plants.” So as electric utilities transition to renewable energy sources, it is necessary to provide a green backup power supply.

What are different ways to store energy?

Energy comes in many forms, and each can be stored in several ways.

Wood, coal, oil and gas
These familiar fuels store chemical energy that is released when the fuel burns. It combines with oxygen to form, mostly, carbon dioxide and water.  Burning converts the chemical energy into heat, i.e., thermal energy, that we use to heat homes, cook food, heat water, power vehicles, generate electricity and run factories.  They are easy  to store in bunkers, railcars or tanks, and the fluids, oil and gas, can also be distributed in pipes.

Electrochemical Storage
Batteries are the most convenient way to store energy from electricity.

From the end of the 19th century, the most common battery was lead-acid.  Lead-acid batteries can deliver high electric current during discharge and so are still in use today to start cars and trucks with internal combustion engines.  In  the mid-20th century, they powered vehicles, such as milk-trucks, that travelled short distances with heavy loads.  But lead is one of the heaviest metals, making lead acid batteries unsuitable for long-range transport. Gasoline and diesel were dominant until the recent development of affordable lithium-ion batteries that power today’s electric vehicles (EVs).

When a battery is being charged, current is passed through it and changes the chemical composition of the material at each electrode.  When the charged battery is connected to an external circuit (a motor, a cell phone etc.), it delivers the energy used in charging back into that circuit.  Lithium-ion batteries offer a greater advantage because they are extremely lightweight and can be recharged.

Thermal energy
For centuries, people stored heat by “banking the fire” at night:  blazing evening fires were partially smothered with ashes at bedtime to keep the embers hot, while slowing down combustion overnight.

Today storage space-heaters and water-heaters do the same thing. In the electrical era, we heat bricks or water overnight when electricity is less expensive and then use the stored heat during the day for hot water or to warm the house.

German and Danish companies are developing thermal storage for utility companies, by heating rocks, bricks, or concrete blocks to well above 1,000 deg. C during the day when solar energy is plentiful. At night, high pressure steam is generated to drive turbines.

At the O’Neil Forebay at the bottom of the San Luis Dam near Los Banos for example, the lower reservoir is also used to distribute water for other needs such as irrigation.  So, the lack of water availability may limit  electrical generation.  Also, this form of storage needs dams and there are not enough places suitable for building an upper reservoir.

One solution is to ‘ invert’ the roles of upper and lower reservoirs. That means installing the lower reservoir deep underground, in old mines for example, and  building a shallow upper reservoir on the surface to create a large gravitational “head.”

Hydro plants are expensive. So, a Swiss-based start-up called Energy Vault, has developed a method to store gravitational energy, not with water, but with massive concrete blocks.  The unit uses a six-armed crane to raise and lower the blocks,  recapturing the energy used in raising to turn a generator during lowering.  The cost is much less than a hydro-plant and power can be ramped up in just a few seconds.

Hydrogen
Hydrogen, like oil and gas, can be stored in a container or distributed through pipes. It’s the lightest of all gases and burns in air/oxygen to produce only water.

Hydrogen is colorless, but it has acquired several colorful labels depending on how it is produced.  Black or brown hydrogen is made from coal of different types and water, and has been used in industrial processes for two hundred years.  Nowadays natural gas and water are used  to produce grey hydrogen, as with coal, carbon dioxide is still a byproduct. If it is captured and stored underground you get blue hydrogen.  An abundant supply of cheap renewable energy makes it economically feasible to produce green hydrogen directly from water by electrolysis; the byproduct is oxygen which can be captured for industrial and medical use or safely released to the atmosphere.

Ammonia
Ammonia is made by reacting hydrogen and nitrogen in a catalytic converter. Like propane, ammonia is easily liquified and stored under modest pressure. It’s used in many industrial processes such as fertilizer production, but it is also a fuel in its own right, burning under appropriate conditions in air to yield water and nitrogen.

Both hydrogen and ammonia can also be used in fuel cells to generate electricity and thus to provide backup power for the grid, or to run motors in electric vehicles.  It seems increasingly likely that hydrogen, in some form, will play a major role in long-haul, heavy duty transportation: trucks, trains and shipping.

Biofuel
Everything that grows under the sun is a potential biofuel, from algae and seaweed to crops and trees.  Even waste foliage from vegetables can be dried and burned.

Biofuels directly harness sunlight via photosynthesis, taking CO2 from the atmosphere.  However, in order to avoid soot and other pollution,  many schemes are being developed to process crops to yield more pure fuels, such as fermenting corn sugar to produce ethanol, or extracting oils from canola or soy.

Microbes and synthetic catalysts are being evaluated to “digest” various types of biomass to make better fuels, -the stretch goal being  jet-fuel.  Ideally,  biofuels will be used in facilities that capture CO2 and store it deep underground or use an industrial process that fixes it in a solid such as concrete.

The future of our energy supply looks increasingly clean and bright, but we must urgently make full use of these new technologies in order to meet net-zero carbon-dioxide commitments in the coming decades.

Meera Kymal & Anjana Nagarajan Butaney produce the climate change podcast ‘Our Climate is Changing, Why Aren’t We?’ at DesiCollective.
Photo by Denny Müller on Unsplash 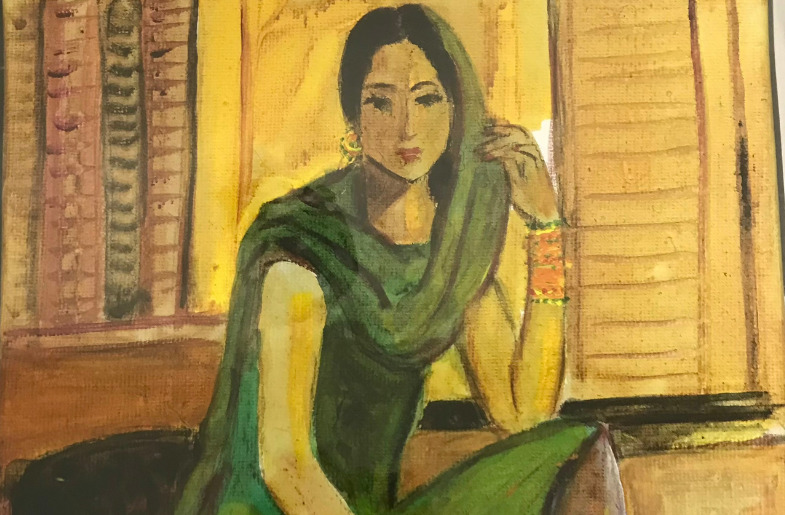 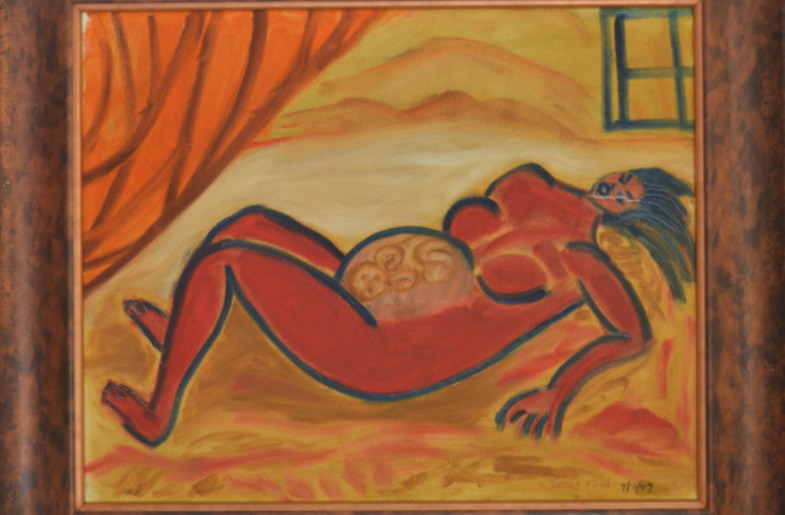 Domestic Violence is not just about a slap says Rennu Dillon, an outspoken advocate for women's rights. She arrived as a new bride in the  US almost 30  years 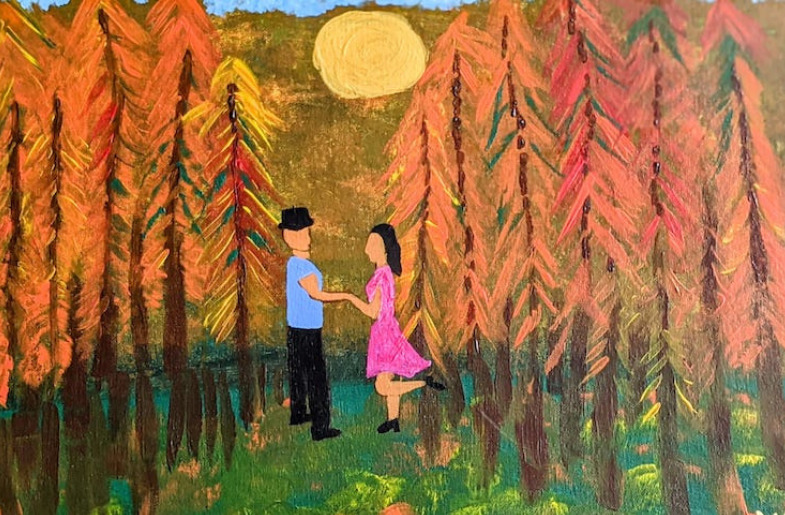