In India, you are sure to encounter students in uniforms on their way to school—youngsters wearing pressed white, grey, or blue cottons, sometimes set off by a solid or striped tie, almost always tucked in and ready for a day of learning.  In the afternoon, one might see somewhat “more educated” children returning home in clothes resembling the jacket of a well-read book—crumpled, fingered, often untucked, with tie—if not yet removed— most likely askew.

Surely, you’ve heard the old adage, “Don’t judge a book by its cover.”  In a slender (and elegantly clothed) package, Jhumpa Lahiri inverts the adage.  While preferring the jacketless “naked book,” she acknowledges the power of the cover:  “As soon as the book puts on a jacket, the book acquires a new personality.  It says something even before being read, just as clothes say something about us before we speak.”

The first chapter of The Clothing of Books explores, “the charm of the uniform.”  Having grown up in America, Jhumpa would visit ancestral Kolkata on vacations and be fascinated by her cousins’ school uniforms; she found the uniforms “splendid” partly because as an immigrant child she felt herself “rendered … an other” by her own clothing. She “dreamt of sameness, even invisibility.” And when young Jhumpa would yield to her mother’s implorations to wear Indian clothing, she felt like a “different person, a foreigner.”

As a published author, Jhumpa “discovered that another part of [her] had to be dressed and presented to the world.  But what is wrapped around [her] words— [her] book covers–—is not of [her] choosing.”  The remaining chapters of the book explore Lahiri’s ambivalent relationship with the jackets that cover the books she has read and written. The book forcefully argues that we are affected—one-way or another—by the art that graces book jackets, by the clothes our books wear.  Because of the personal nature of this precise, one has the pleasure of getting inside of the author as reader, writer, and designer.

Jhumpa the reader began her journey with books in public libraries.  In America, these books were largely stripped of their covers, a pragmatic solution to the expensive protection of jackets with plastic.  So the young Jhumpa did not judge her books by their jackets; she experienced her early books as all content, no cover.  Her library books “gave nothing away in advance. To understand them, you had to read them.” She compares today’s reader —herself included—to a tourist who first reads a guidebook before traveling. Part of the mystery is lost before having arrived, before having read.

Part of the joy of discovery is mediated by a kind of middleman: the guidebook in the case of travel; and the book jacket in the case of reading. Jhumpa writes that “the part of [her] that regards book jackets with suspicion seeks to rediscover [the] experience” of reading jacketless (“naked”) books in the library.

Given that her works have been published in several countries, Jhumpa the writer estimates that there are close to 100 different covers associated with her many books.

She aspires for a professional sibling relationship with the designers of her book jackets.  Like Vanessa Bell who created the covers for the books of her sister, Virginia Woolf, Jhumpa’s ideal designer would channel Lahiri’s words into the covers of the books, thus creating (in the words of Henry James) an “optical echo.” Alas, she has never spoken with the designers of her book jackets.  And, thus, “there always exists … a disconnect, a disequilibrium.” Lahiri’s reactions to her book jackets range wildly: laughter, tears, depression, confusion, and fury.  The dream of artistic collaboration between writer and designer cedes to Jhumpa’s loss of aesthetic control and the publishers using the cover as a marketing tool. Indeed, at her initial public readings, Lahiri would read from bound galleys of her books; but over time, when she was “forced to use a copy of the actual book, [she] would remove the jacket,” a tacit admission that the “dressed book no longer belong[ed]” to the author.

As a designer (or at least as a critic of design), Jhumpa is at her gleeful best in a book that is full of much bibliophilic joy.  She writes about the pleasure of seeing uniform Italian editorial series; finding their “simplicity and seriousness admirable,” Jhumpa remarks that “they seduce [her], just as [her] cousins’ school uniforms did.”  The Italian books suggest to Jhumpa a “joyful exuberance,” reminding her of a “party made up of distinct individuals who enjoy each other’s company.” They recall for me my own experience of Indian schoolchildren; while there is order in their uniforms, simple observation looks past the surface homogeneity to see Jhumpa’s “joyful exuberance.”

Perhaps because The Clothing of Books was inspired by a talk Jhumpa gave while living in Italy, she is less enthusiastic about the “musty” American editorial series (Modern Library and Library of America), which this reader enthusiastically endorses, as “must” reading material.

Jhumpa opens her final chapter by briefly dismissing the rise of a new medium that is not conducive to book jackets (“I don’t read e-books”) and gently introduces the reader to Richard Baker, a painter of classic book covers:  “Each one of Baker’s paintings is the portrait of a book, but they tell us much more. They recount the passion of reading… They narrate the literary education of a generation. They preserve on canvas a world, a culture that is declining…. the strong ties of affection, almost a fusion, between reader and book.”  Jhumpa’s own art of expression certainly encourages a similar passion of reading.

For newly married Anu and Maneesh who are like a jacket that is a perfect fit for a book, a book that is meant to be read throughout a life of love. 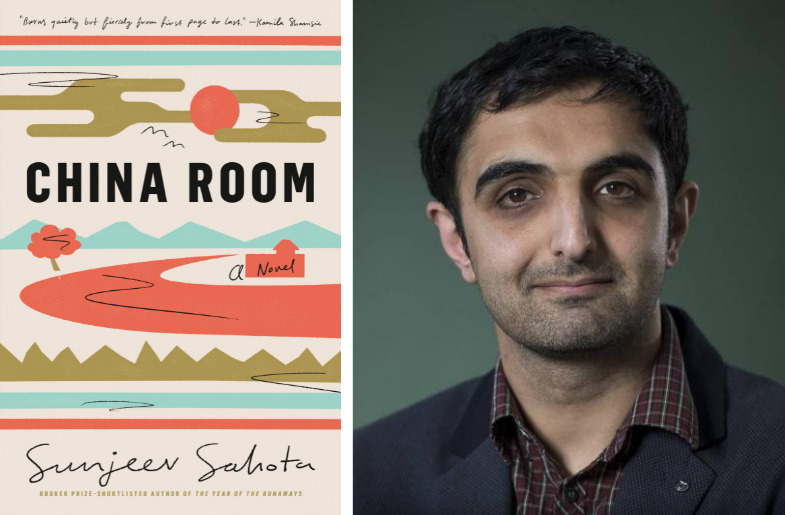 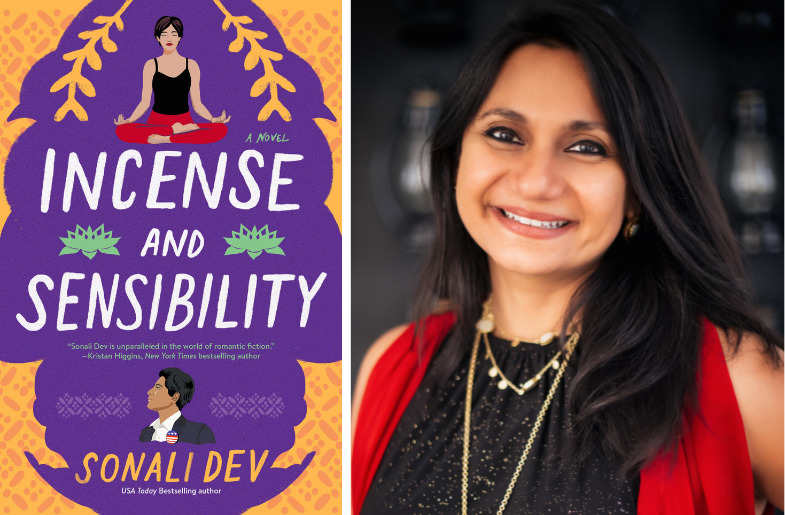 Yash Raje, the son of a royal family who’s uncomfortable with privilege, worked his way up the California political ladder. Now, he’s running for governor o