Taking place in Silicon Valley, the country’s hub of innovation and technology, the Cinequest Film & VR Festival 2018 (CQ2018) returns for its 28th season, February 27th – March 11th, 2018. Representing the vibrant culture of the Valley as well as India’s outstanding cinematic stature and tradition, CQ2018 presents an incredible selection of work from the Indian community.

Renowned for the exceptional quality and diversity of its program, CQ2018 will screen 258 film and virtual reality works from 45 countries, and invite attendees to immerse themselves in a new storytelling medium at its curated VR Cinema and VR Experience Lounge.  52 celebrations and special events round out the offerings amounting to 510 screenings, events, parties and experiences. Over the 13-day program, Silicon Valley becomes the epicenter of tech and entertainment as filmmakers, futurists, writers, technologists, actors and artists from around the world converge to celebrate their work in one of the most diverse metros in the world.

To learn more about the full festival lineup, and to purchase festival passes, tickets to screenings and special events, visit www.cinequest.org.

Highlights of Indian Cinema at CQ2018:

Shukla, a rickshaw driver, deals with a multitude of passengers on the roads of Mumbai. Some of them take advantage of him, but they can’t rob him of his prized possession – his decency. A new marriage and a pretty bride bring up many unanticipated challenges. Before Shukla can get lucky, he has to grab life by the horns.

From Baghdad to the Bay (Directed by Erin Palmquist; World Premiere)

Ghazwan Alshari had his dream job – translating for the U.S. forces in Iraq.  But when he was accused of being a double agent by the same people he was aiding, with his life and the safety of his family in jeopardy, Ghazwan fled Iraq and settled in San Francisco to begin anew. Struggling and alone, Ghazwan reveals another secret in his life– he is gay.  Ghawan’s turbulent and ultimately joyous journey is nothing less than a testament to the human spirit.

An appliance repairman from Canada, an immunologist from Israel, and a transplant surgeon from England meet in a hospital in India. This might sound like the start of an elaborate joke, but it is actually a remarkable collaboration established in an effort to save the life of a young woman dying of liver cancer. As they invent and then carry out an experimental procedure through a journey that spans five countries, this unconventional team recognizes that what they are attempting could have broad implications for currently untreatable cancers.

Being in a Muslim family in modern day India can sometimes be a struggle for 20-year-old Kaikasha and her two sisters. Their father wants them to wear burkas and to have arranged marriages, but these determined young women have dreams of their own. This beautiful and rousing story follows Kaikasha in her quest to be the first Muslim on the Mumbai women’s cricket team and then follows her into a corridor of uncertainty after a shocking turn of events changes the fate of her family.

Shot on location in India, Academy Award-winner Melissa Leo (The Fighter) stars in the story of a Jamie, an American skeptic, following the trail of his lost girlfriend to a mystical Himalayan community. His quest to find Sophie leads him to an ashram where an evocative cast of characters, including Kal Penn (Harold & Kumar), awaits. He has reason to suspect everyone but needs to trust each to help him. Will their universal consciousness bind them in nurturing relationships, or will the evil, lurking beneath the calm, destroy them all?

When Ralph skates into Sid’s life claiming to be his biological son, life has already thrown a curve ball at Sid, a woman trapped inside a man’s body. As the woman inside bursts forth brandishing a red stiletto, Sid is wise enough to let her dance. But to navigate the labyrinth of relationships with her traditional Indian parents, a closeted gay boyfriend unsure of himself, and the son who she didn’t even know existed, she will need more than a stiletto. The film takes you up close to the journey of a transgender person and is guaranteed to keep you transfixed.

When a hate crime clouds the 4th of July, Mandeep, a Sikh-American, must grapple with his anxieties and fears as he attempts to celebrate the holiday with his wife and infant son. Feeling lost, alone, and fearful for his wife and child’s safety, Mandeep makes a tragic decision and irreversibly changes his identity.

Fanny Pack (an official selection of the LUNAFEST program)

From director Uttera Singh, also co-director of CQ2018 feature film selection, The Mad Whale, this relatable comedy follows a young Indian-American woman who wants to follow her dreams, and her fanny pack-clad Indian father who chases her through an airport, hoping that she will follow his.

Visit www.cinequest.org for the full program of Cinequest Film & VR Festival 2018, and to purchase passes and tickets to screenings and events. 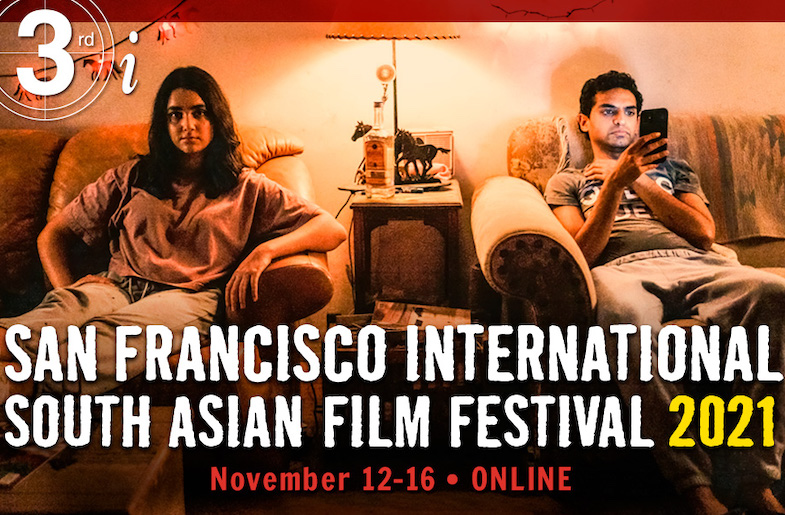