In the early 2000s, on my annual vacation home to Bombay, my eldest sister Pritiben asked me whether I would like to join her in shopping for saris. I happily agreed to go with her thinking it would be a brief visit to an air-conditioned sari shop.

I had fond memories of such outings as a child. Air conditioners were rare then and some sari shops were the first to have them. I enjoyed going with Pritiben to the Khatau and Binny stores and savored the cool air.

When we set out for this errand, Pritben said we were to go to near Dadar Railway Station and stand on the pavement diagonally across from Waman Hari Pethe Jewellers, a landmark and historic store in Dadar. There were rather curious instructions, I thought, but went along.

We got to the spot and made sure that we were standing diagonally across from Waman Hari Pethe Jewellers. We stood on the Bombay pavement in the midst of all the bustle, aromas, and colors t — from flowers being sold at a stall nearby to pakoras and vadas being fried. Soon, our friend Sita Setalvad joined us, hoping to get a sari for a good price. However, we could see no sari shop anywhere across the street.

Jagadha, the lady who owned the shop, came a few minutes later and we crossed the street together. She was the wife of a civil servant and traveled all over India as a consequence of her husband’s job. She had an interest in handlooms and had gotten to know the textiles of the regions she had lived in. By and by, she decided to try to sell them to people she knew in Bombay. Over time, she developed, what people in India call, a ‘side business’.

We entered an old multistory building that had a malodorous courtyard strewn with rubbish. I sighed when I saw that we had to climb a creaky staircase that I felt was a safety risk. The three older women had already clambered up to the first floor. We turned into a narrow corridor and came to a room with a wooden door and a big lock attached by a chain to the top of the door which Jagadha unlocked. The door opened to a room about 12 x 12 feet with metal suitcases from floor to ceiling with a small area at the opening to the room where the four of us stood. There was a ladder for Jagadha to get to the suitcases at the top. She began by hauling down one of these and unlocking it. It was full of cotton saris. My heart sank as I realized that, with Pritiben and Sita around, every single one of these fifty suitcases would be opened systematically for each sari to be seen. Such a contrast to my idea of a fairly quick visit to an air-conditioned store! We were there for hours and gradually my irritation at the uncongenial surroundings lessened as I was captured by the beauty and uniqueness of the saris from Andhra Pradesh and Orissa.

I bought one sari that day which I still have and cherish. I wore this sari often when working as a neurologist in Chicago, Augusta, and Oakland. For this particular sari, I would always receive compliments from colleagues and other staff in these very different cities. The cotton, though thick, is soft and comfortable and a striking combination of colors. An unusual sari buying trip two decades ago, but one that has endured in my memory…

Bindu Desai is a retired neurologist who, in non-COVID times, spends four months a year in Mumbai. 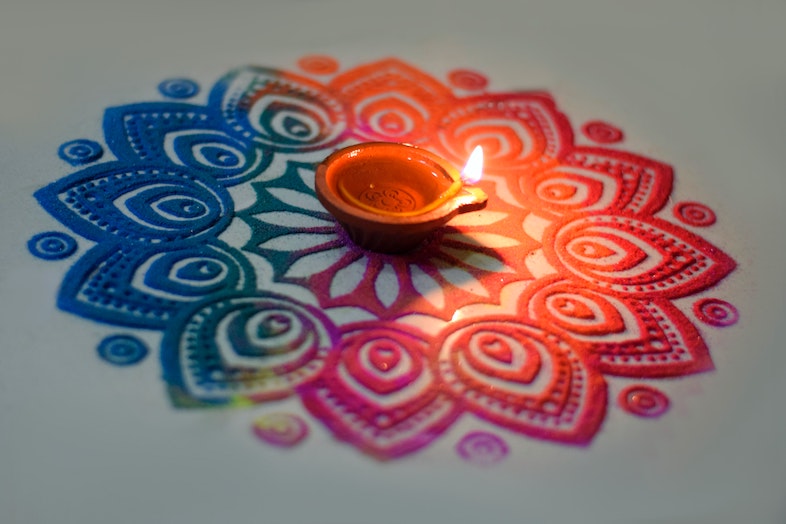 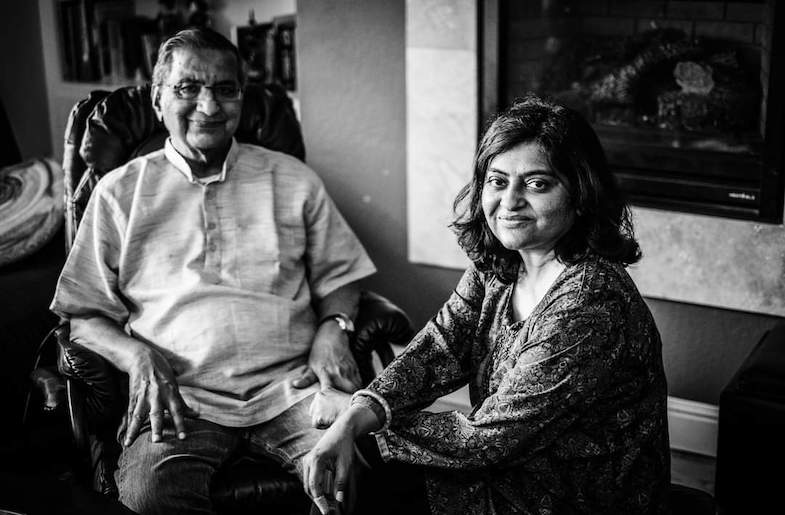 Dementia and Motherhood: On Two Ends of Caregiving

He looks confused. He can’t remember what I just told him a few minutes ago. “Where are you going?" my father asks for the third time. “I am taking the ki