The pandemic has been especially hard on children and youth with alarming increases in teen suicide and mental health problems in young people say mental healthcare experts.

“Children as young as 8 years old have been hospitalized due to suicidal ideation.”

It’s left families at a loss on how to cope.

The pandemic’s heavy toll forced US Surgeon General Vivek Murthy to issue a rare warning in early December about the  urgent need to address the nation’s mental health crisis for children, adolescents and young adults.

Concerns already existed about youth mental health leading up to pandemic, said psychologists and mental health advocates at the briefing.

Lori Turk-Bicakci, senior program director for the KidsData program at PRB, shared data from a study tracking teen suicide for 15- to 24-year-olds that rose from 10 to 14 percent nationwide, between 2015 to 2019

The Surgeon General advisory reported that  up to 1 in 5 children ages 3 to 17 in the U.S. had a mental, emotional, developmental or behavioral disorders even before the COVID-19 pandemic.

As the pandemic disrupted the lives of children and adolescents it affected those who were already most at risk – “racial and ethnic minorities, LGBTQ+ youth, and the youth in low income, immigrant households, or in child welfare or juvenile justice systems, and homeless.” It exacerbated preexisting mental health challenges in children, adolescents, and young adult  “and increased feelings of helplessness, depression, and thoughts of suicide.”

Turk-Bicakci reported that suspected suicide attempts  began to increase among adolescents between aged 12-17 in May 2020 and was  51% higher among girls.

Alarming data from a study recorded a sharp rise in overdose deaths for 15-t19-year olds in California – from 50 to 282 – between 2014 to 2020. Another disturbing statistic noted that overdose death rates went from zero to 12 for 10- to 14-year-olds during the pandemic.

“The pandemic has increased the prevalence and intensity of mental health problems in young people and hospitals are seeing more adolescents with amplified symptoms of depression, anxiety, eating disorders and other mental illnesses,” said Karen Marcus, a psychiatrist at Alta Bates/Herrick Hospital.

Among African American populations, Covid exacerbated existing vulnerabilities and risk factors for suicide and depression, said Dr. LaTonya Wood, Director of Clinical Training at Pepperdine University. 2018 data showed that black youth between ages of 5 and 12 were twice as likely to die by suicide as their white peers.

She added that public health safety  measures during the pandemic, like distance learning, isolation and shelter in place removed the safety net of kinship and coping mechanisms that black families have historically relied on to survive. As a result, adolescents felt growing disconnection from the community; educational gaps have widened. Youth experienced increased anxiety about their own health and wellbeing in relation to income loss, finances, food insecurity, school closures, and ongoing racial trauma.

The pandemic amplified existing barriers to mental health care – cost of mental healthcare, and lack of trust in providers. Few if any black therapists are available and there is lack of culturally informed care, said Dr. Wood. Her practice saw a tenfold increase in referrals “clients of color seeking therapists of color.”

But in the Bay Area, at intensive day programs centers that treat depression and eating disorders, typically there is a three month wait to get a spot on the program, said Turk-Bicakci. Children and teens often rely on the adults in their life to find care.

“What is a parent supposed to do if they can’t get help for their children?”

Cabrera pointed out that “Co-occurring mental health and substance abuse disorder rates are much higher for teens” at 60 to 75%. Hot on the heels of the opioid epidemic, a Rand study found a 29% increase in opioid-related death caused by Fentanyl (64%) often laced into street drugs  which is driving the higher rates of overdose deaths among young people.

Other factors contributing to the crisis included high rates of suicidal ideation among LGBT youth who felt unsafe at home, and lack of mandated reporters to connect youth who needed help when schools were closed. Children returning to in-person classes had to contend with  stressors of racism, bullying, and social pressures. For some, telehealth options failed because of systemic disparities – lack of access to a digital device or overcrowded homes that afforded little privacy.

Professor Ulash Thankore Dunlap, a family therapist, remarked that suicide was the leading cause of death in AAPI youth.

She added that for immigrant youth, language barriers, and navigating two different cultures heighten suicide and risk factors for anxiety and depression. The pandemic has “severely impacted psychological distress, academic achievement, and engagement with schools and peers as they transition back to school,” said Dunlap, and a small percentage of teens were self-harming to cope with stressors.

Like other BIPOC communities, the stigma of mental health is a challenge for API youth and families, she said. There was shame associated with  accessing mental health resources.

Even before pandemic youth were not able to get services for mental health conditions, said Turk-Bicakci.

“Now the need is even greater.”

One way to break the cycle, in the long term, said Dunlap, is to diversify the workforce and establish a pipeline for more Asians as counselors, because they understand nuances of how cultural backgrounds impact being an Asian teen.

Currently only 4% counselors and social workers are from AAPI backgrounds.

A  Bay Area psychologist noted that mental health providers have been inundated with an unprecedented number of referrals, said Turk-Bicakci. She encouraged more students to go into healthcare careers because of the shortage of trained psychologists and therapists.

What Covid amplified, remarked Dr. Wood, was the dearth of culturally sensitive assessments and diagnoses that could connect clients to appropriate mental health services. “It’s important to note that the symptoms and red flags that we traditionally use to assess for suicide and depression, often may look very different in black youth.” Rather  than sadness or hopelessness, black males in particular, may express irritability and anger. “Depression is often manifested or expressed more as physical or health complaints,” like fatigue or body aches. Dr. Wood called for  more community-based care in barber shops/churches.

Not all primary care clinicians screen for behavioral health conditions or “have specialized education and training to  accurately identify, diagnose and connect the youth with the services they need, said Cabrera, thereby delaying access to necessary behavioral health support and services for youth who need it the most.

The system is overwhelmed trying to support young people, said Cabrera. But the infusion of  $4.4 billion this year into a children and youth behavioral health initiative for school-based services, coaches and counselors, and mobile crisis infrastructure, shows that “Policy makers are paying attention.”

In the fall, the American Academy of Pediatrics declared a national emergency in child and adolescent mental health. For many children, still struggling with mental health trauma, as the pandemic lashes at the safety and security of families, that help can’t come soon enough.

Photo by Rendy Novantino on Unsplash

Sports, Youth Cricket: Beyond the Scorecard 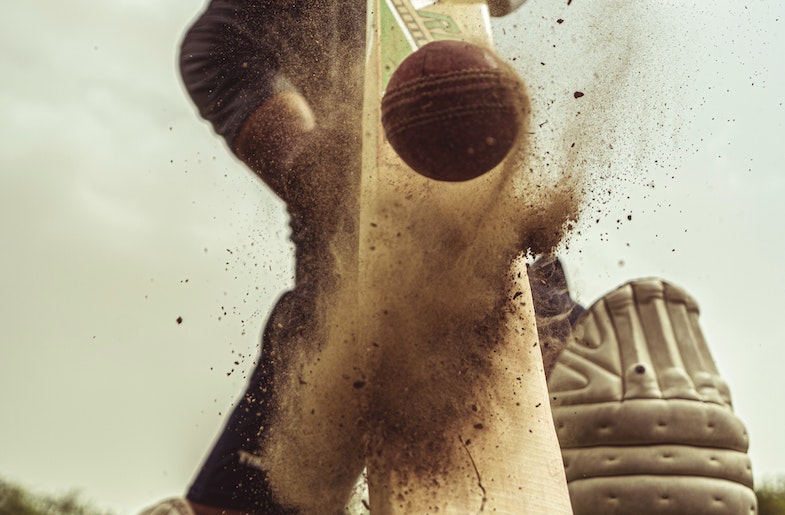 Cricket: Beyond the Scorecard

India is currently playing a bilateral series in South Africa. They will play 3 test matches and 3 One Day International (ODI) matches in the series. India won 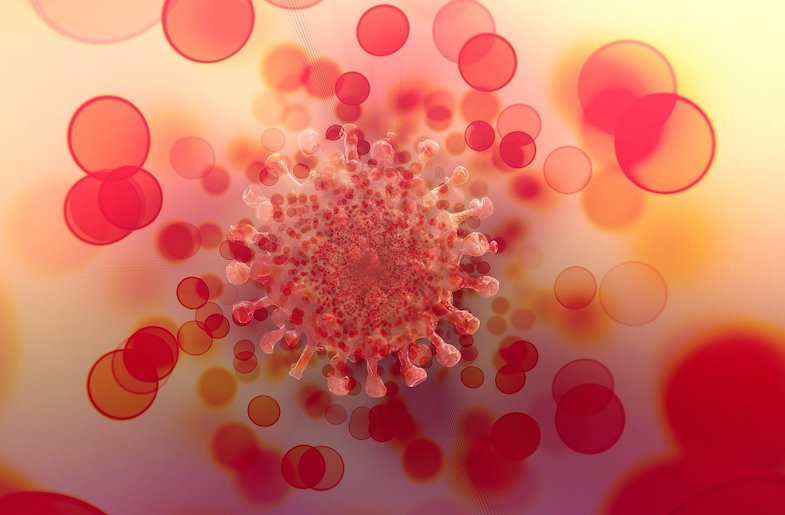 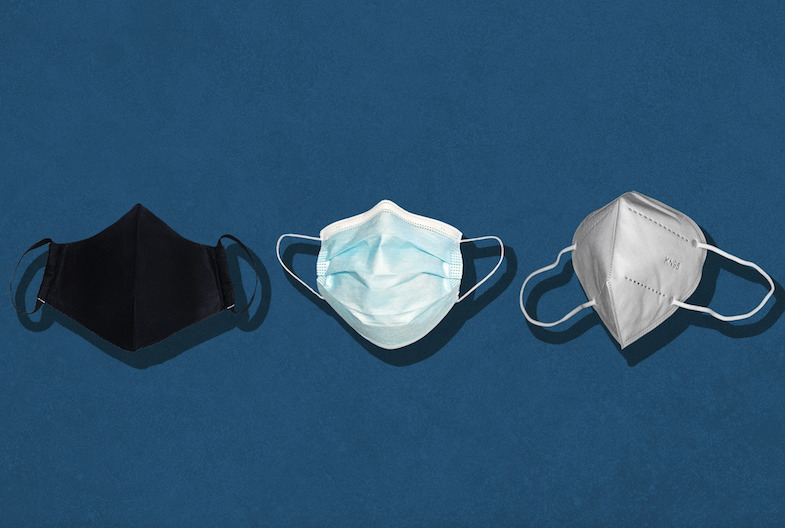