It may sound paradoxical, but the success of democracy poses the biggest challenge to it. Let me explain.

When I was growing up in India, I admired the moral fiber of the political class in the United States. I was impressed when Watergate special prosecutor Archibald Cox joined the faculty at Harvard University after Richard Nixon fired him. Here was a person of integrity who was hired by the most respected Ivy League school, right after he lost his job.

This incident happened in the 70s when the Indian political leadership seemed terribly incapable and intellectually inadequate. But first let us trace the history of Indian politics before the 1970s.

After India became a Republic on 26th January, 1950, the first Lok Sabha (the lower house in Indian parliament) was elected on 17th April 1952. Most of the members of the first Lok Sabha were highly educated and established leaders who had participated in India’s Independence struggle. They were elected for their service to the nation and their ability to stand up to the British. They were called the “representatives of the people,” but they certainly weren’t representative of the masses in any sense. Most of the Indian population was abjectly poor and uneducated with only a small educated and affluent segment. The reins of a nascent Indian democracy were handed over to these highly educated and proven leaders and they remained true to their calling. Democracy took root in India through the institutions they established.

Twenty years later, Indian democracy was firmly established through a regular cycle of elections. Even though India faced four external aggressions, it did not affect the working of its democratic institutions.  The real threat to Indian democracy came from within and from those who had been empowered by this same democracy.

By the time the fifth Lok Sabha was elected in 1971, it had acquired the true representative character of the Indian populace. While the country had made progress since independence, members with higher education had declined in the composition of the fifth Lok Sabha, and they were no longer the leaders in the body. As a matter of fact, the Lok Sabha was more representative of the vast majority of people who exercised their franchise to vote for people who were “like” them. The new leaders lacked the foresight and the vision, which inspired nation building. It was not long before the results appeared on the horizon.

Indian democracy faced its first true crisis when, then Prime Minister, Indira Gandhi suspended individual rights and imposed a state of Emergency. For the first time, we heard the slogan, “Indira is India and India is Indira.” It is said that Napoleon was the child of the French Revolution but he killed it. Such was the situation in India. The Congress party, that had governed for most of the time in free India, was ready to emasculate democracy.

The country survived this crisis because of the gravitas Indian democracy had acquired by then. Look at other failed democracies which lacked the power to withstand threats. Most of them got Independence in the post Second World War period from their colonial masters. Many of these countries faced coups that resulted in military dictatorships or were led by the proletariat, as the communists liked to call themselves. Nothing of that sort happened in India and we continue to have a robust democracy, the largest in the world.

After living for more than thirty years in America, I came to realize that the reason American democracy looked so stable, steady and mature to me in the 1970s was not because it was so, but because it had skipped the phase where democracy permeated down to the last citizen. It occurred to me that the success of democracy could not be measured by the number of elections the country has had. Many sham democracies conduct elections but that doesn’t make them truly representative of the people they want to lead. America didn’t allow  a large segment of the population to be responsibly active as voters until the early 1920s when women and African Americans were allowed to vote.

In today’s globalized world, a large segment of the American population had felt disillusioned and had not found a voice to represent them on the political stage. Suddenly in this election cycle, in Donald Trump, they rallied around a candidate whose populism appealed to them.

To me, American democracy in the 70s had looked like a model to be emulated. But, in reality it was only representative of a highly educated segment of America. A super-plutocracy if you like, but it wasn’t what it was portrayed to be. Now, all of a sudden, 240 years after it won independence, the rest of the citizens have become active. What caused this can be detailed in another essay, but the fact is that there is an oligarch who has given them a voice and who has flatly refused to accept the election results unless he is declared the winner. Democracy has arrived, finally!

It’s interesting to watch the panic it has caused in the minds of progressive citizens. Bill Maher was right when he told CNN’s Fareed Zakaria that even if Trump loses the election, the empowerment of the “fabled 40%” is a cause for concern. Yes, it is.

But what saved Indian democracy will save American democracy too. Democracy in America is strong and robust—it is not going to crumble by this new enfranchisement. True it may make it more chaotic, like India, but we are at a moment when the biggest democracy on Earth can teach a thing or two to the oldest democracy. n 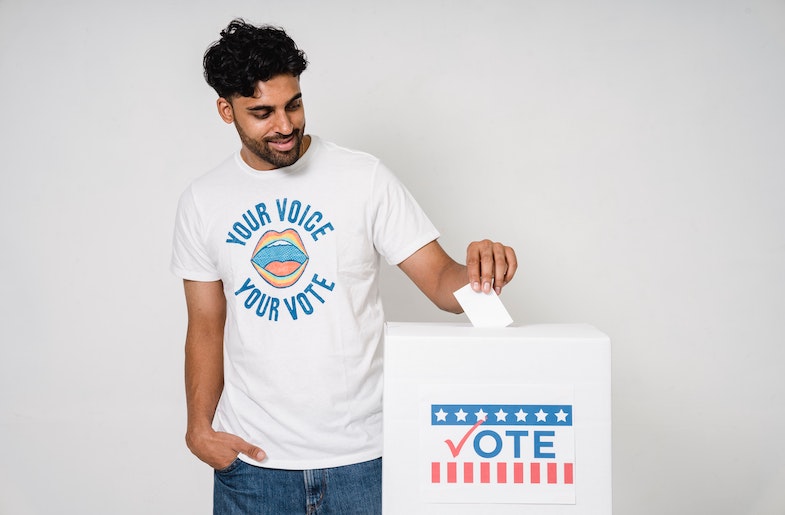