India has lost one of the finest politicians of our times. Atal Bihari Vajpayee was not only an accomplished parliamentarian, an impressive orator, an ardent nationalist and a proud patriot – he was also a sensitive poet and a sincere friend. He befriended his political colleagues belonging different parties,  many journalists and common citizens.

94-year-old Vajpayeeji, or Atalji, as he was popularly addressed by many, was ailing for a few years and had mostly retired from public life in 2005. However, his advice was a sought after commodity valued by those who could see him. Many current leaders of the ruling Bharatiya Janata Party (BJP) such as Prime Minister Narendra Modi and the former Deputy Prime Minister Lal Krishna Advani were very close to him. A life-long bachelor, Vajpayee was a father figure for many.

He was the first non-Congress Prime Minister to complete his full five-year term, though he was Prime Minister earlier for 13 days and later for 13 months. Was that tenure tied to the unlucky number 13? One can only guess – but that did not in any way affect his popularity, performance or diminish his patriotism in any way.

Vajpayee was an undisputed leader and carved his own path -he was intent on nurturing meaningful relations with our constantly feuding neighbor – Pakistan and, on many occasions, displayed maturity while dealing with bitter political enemies. He would never stoop to lower levels of debate in Parliament or in public. That’s why he was respected and loved by politicians belonging to all political affiliations. Being a leader of a so-called “Hindu” party, he was more secular than many so-called secular politicians.

Though he was one of the staunchest supporters of building the Shree Ram temple in Ayodhya, t he, as Prime Minister, had unequivocally declared that it was not the role of the Bharatiya Janata Party to get the temple re-constructed.

My association with Vajpayeeji – and to Advaniji – dates back to 1952 when they were junior politicians and I was an upcoming journalist.  That year India had the first general elections and I covered part of it. Since that time, for the next several decades, I followed the career trajectories of thesepoliticians and became close to them to see their parties transform from Bharatiya Janasangh to Janata Party to Bharatiya Janata Party. [With Advaniji I even shared some facial resemblance that another journalist pointed out once; on hearing this, Advaniji himself acknowledged that it was true and remarked  – “if I am not available maybe you can address the meeting!”]

Vajpayee was a true nationalist who appreciated and applauded the achievements of rival leaders heartily. One of the memorable occasions was in 1971 when under Prime Minister Indira Gandhi India had to go to war with Pakistan and help in the liberation of Bangladesh. The whole country was with the government in that war and Vajpayee, as the leader of the then Bharatiya Janasangh, had no hesitation in acknowledging the leadership and achievement of the Congress leader, and Prime Minister, Indira Gandhi. He declared unhesitatingly in Parliament : “Today, there is only one undisputed leader in the country – and that is Shrimati Indira Gandhi.” Not many from rival parties would provide such staunch support.

That’s how Vajpayee was – a mature politician and an ungrudging admirer of a rival leader who achieved a remarkable victory for India. You don’t find this magnanimity or maturity now –  in India or in the US.

I had the privilege to be close to Vajpayeeji and had the privilege of chatting with him privately on several occasions where he shared his views and observations.  I have attended and reported on numerous meetings he addressed in various cities across several states, and also attended special press conferences. He was quite informal in his demeanor. I interviewed him on several occasions for newspapers, radio and TV. He was always upfront, clear, convincing and impressive in what he said. Never did he leave us confused about his way of thinking. He had a good sense of humor and sometimes he would regale us with his poems in the exclusive Central Hall of India’s Parliament where we, as senior journalists, met him.

A memorable occasion recalled recently was his meeting with Lata Mangeshkar, the Nightingale of India, who also was a recipient of the prestigious Bharat Ratna, like Atalji. They had a lot of respect for each other. When the two met, Atalji stated, “our names are similar in a way.” Surprised, Lataji asked, “what is it?” Vajpayee remarked: You are L A T A, read it the other way A T A L!

During Janata Party’s election campaign in 1977 he compared his party’s meetings with Indira Gandhi’s.  He used to say: “she has the crowds at her meetings, we have the audience.” Indeed, her meetings had an assortment of  people brought using hired buses and they were not fully interested in what she was saying. On the other hand, Janata Party leaders always had attentive and interested people who came on their own to listen – and vote. And they did!

I remember one incident after Moraji Desai became the Prime Minister in 1977 and Vajpayee was selected as Foreign (external affairs) Minister. I was then working for the leading Hindi daily Hindustan (in New Delhi), and was present on that occasion and told Atalji: I will write an article about you with the headline “Videsh mantralaya mein Deshi mantri.”  His response was: “Desi mantri.” I got the point, he wanted to be known as Desi, typical Indian.

Vajpayee was for all Indians, irrespective of religions, castes and  communities, though he belonged to a so-called ‘upper caste community.’ It pained him immensely when during the election campaign of 1980 with Babu Jagjivan Ram as the leader of the Janata Party (after the split with Charan Singh), at several meetings he heard people murmuring against a ‘Dalit’ being projected as the future Prime Minister. Vajpayee told me that it was painful to hear such remarks and that it was going to reflect in the results. No doubt Indira Gandhi and her Congress Party won the 1980 elections, partly because of the fact a majority of Indian people were still not reconciled to a ‘lower caste’ politician as their Prime Minster. Jagjivan Ram was one of the ablest ministers in the federal government, and probably the finest Defense Minister India ever had.

The other reason was the then President N. Sanjeeva Reddy. The Janata Party’s majority made him the President though Indira Gandhi’s Congress had maneuvered to defeat him and got an ‘independent candidate’ V.V. Giri elected to the highest office – the first any ‘independent’ became the President.  Reddy, first refused to invite Jagjivan Ram to form the government after Indira withdrew support from Charan Singh. Janata Party remained the single largest party, its leader, Jagjivan Ram had the right to be invited to form the government, but Reddy decided against it. May be he was ‘won over’ by Indira or he was himself opposed to a ‘lower caste’ man as the Prime Minister. He dissolved the Parliament (Lok Sabha) and ultimately Indira Gandhi and her Congress party were the winners. But all that is history now and Vajpayee had always expressed his unhappiness and personal pain about the developments.

India has come a long way since but still politics is being dominated with religion, caste and group consideration and reservations are being demanded and fought for. This strategy is mainly used to garner votes, not for doing anything substantial to improve the condition of those belonging to ‘backward’ castes – this strategy of vote garnering was denounced by Atal Bihari Vajpayee.

I relocated to the United States and for years did not have direct contact with him, but Vajpayee did not forget about me. On one occasion when he was the Leader of the Opposition, and I was the Editor of India Post in the Bay Area, I called him and he graciously gave me a phone interview.

Leaders of Atal Bihari Vajpayee’s stature have become rare in today’s politics in India – and even elsewhere. He remains one of India’s finest leaders and will be missed by many.

Yatindra Bhatnagar has more than seven decades experience in journalism and writing. He worked at top positions with newspapers in India and the US. He is also a radio and TV broadcaster. He is the author of about 20 books including Bangladesh, Birth of a Nation; Mujib, the Architect of Bangladesh; Australiana, a Visit to Remember; Korean Experience; Autumn Leaves (a collection of poems) and others both in Hindi and English.He now lives in the greater Los Angeles area.

Voices Venerable August & Its Captives: Women of the Partition 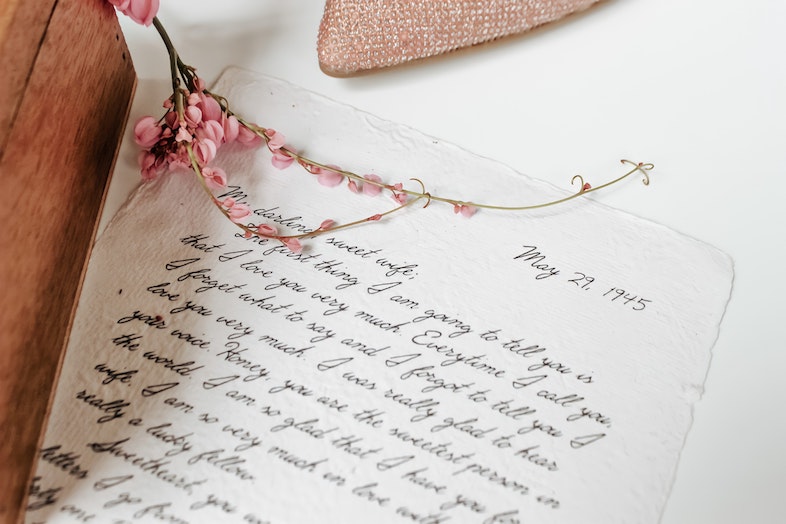 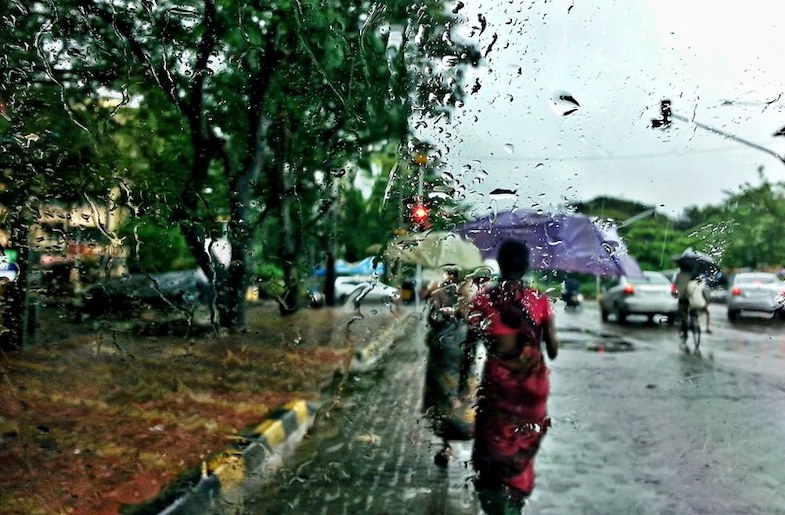 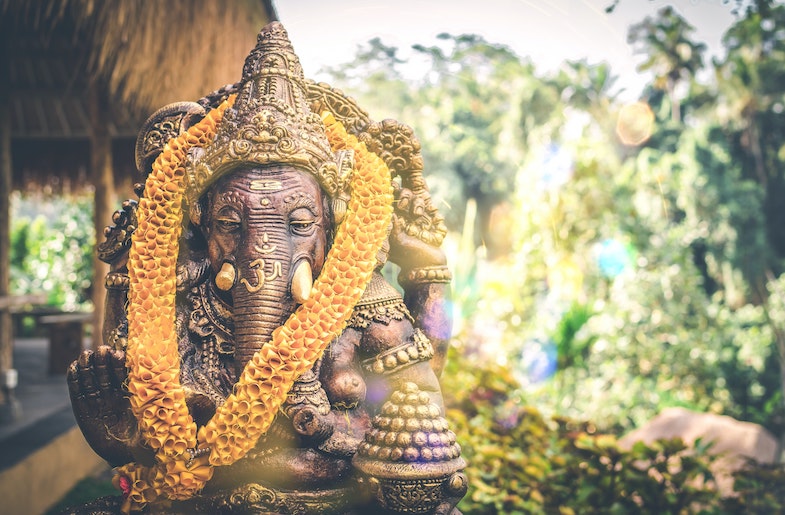 MahaMementoMori: Fables Beyond COVID's Warning Wall  – The first in a monthly series that gently reminds us to remember what life would be like if we succumb