The doctor stepped off from the tonga (horse-carriage) at Jalalpur Jattan Railway station, in Pakistan, the horse whinnying as he did so.

“We will meet again soon, I hope,” he said to the tongawallah (horse-carriage driver).

Was it an exaggeration to say that the Partition was the death of humanity? A partition not just of the nation. A partition of emotions, of bodies, of souls, of families, of friendship and of property.

Like a harried parent giving in to the endless tantrums of a difficult child, the British gave in to Jinnah Sahib’s intransigence. The great nation of India was to be divided into two. Initially, on both sides of the border, there was hope: so what if the nation is divided, surely the people will endure. Down the ages, Hindus and Muslims had coexisted, and surely things would go on like before. Governments would change, but relationships would endure.

But this did not transpire. Overnight, everything changed.

Before they turned on each other with ferocious bloodlust, they had been friends, neighbors, well-wishers. And just like that, they became mortal enemies, swords thirsting for each other’s blood. Mothers and sisters were defiled, little children had their heads severed, dead bodies piled up on top of each other, houses burned to the ground, eerily silent trains pulled into train stations with their ghastly cargo. This happened on both sides of the border. This was the blood, this was the murder of humanity. Of morals. Of values. Of relationships. Of friendship. Of hearts. Of piety.

This is the story of the family that owned Jeewan Hospital in Jalalpur Jattan. Perhaps these physicians understood the human body as being only superficially divided by religion or caste. At any rate, being Hindu, they took an unusually sanguine view to treating blind Muslim eyes, or delivering low-caste babies, concerning themselves only with the preservation of life at Jeewan Hospital. In the office, under the framed medical diplomas from England, hung a phrase from the Maha Upanishad: Vasudhaiva Kutumbakam: All humanity is one family.

It was painful to witness that several of the patients under the care of the doctors now turned on them. Bade doctor sahib, the senior-most, could not be dissuaded from embarking on his rounds to patients’ bedsides every evening. Until one evening, when a warning arrived that the most recent call for help was a ploy to take his life. That evening, Dr. Bodh Raj did not insist on going for his rounds. Instead, visibly shaken, he declared his support for the family to leave Pakistan and move to India. A cousin in the Army offered to bring a truck to relocate the family. And so there came a time when those who provided refuge from medical misfortunes became refugees themselves.

The youngest brother, Dr. Mahendarnath had become the father of a baby girl a few weeks ago. The baby fussed all night and the parents woke hollow-eyed and irritable. As the infant’s thin wails turned to shrieks of frustration, it became clear that the mother’s milk had dried up. In the turmoil of those chaotic days, there was no baby formula to be had. The doctor himself had made the dangerous journey to the shuttered and abandoned shops that day. No formula milk, no breast milk and no milk of human kindness. The long journey to India loomed ahead.

And then, news that the cook’s wife had also delivered a baby around the same time. A plea was made, a baby suckled, and there was quiet relief. But worry soon returned to the mother’s face. “We leave tomorrow for India. This baby cannot survive the journey without milk.” Her voice shook: “We should leave the baby with her wet nurse. It is her only hope for survival.”

Something shifted in Dr. Mahendarnath’s face. “Sudarshana, what are you saying?”

“We can come back and get her. There will be peace soon. It will just be for a little while.”

“And what if it’s not just for a little while? What if my daughter is married to a mussallman tongawallah (Muslim horse-carriage driver) when I return?”

She understood that recent events had twisted into him, and that his words were a wound.

“She will live. That’s all that matters. There are no good choices here.”

It was a hurried farewell, and the baby cooed and gurgled as a tearful Sudarshana handed her to the woman who could keep her child alive. The army trucks created large clouds of dust as the convoy drove east, a haze obscuring the hospital that had been their home.

Today, twenty five years later, Dr Mahendarnath has come to Jalalpur Jattan, Pakistan to look for his daughter. Why so long? Because peace did not arrive, but wars between India and Pakistan made frequent visits, creating fresh waves of widows and orphans. Because the doctor had joined the Indian army and Pakistan, the land where he had played as a boy, was an enemy nation.

Jeewan Hospital, he had heard, was now in a cantonment. The doctor hailed down a colorful horse-carriage outside the railway station.

The eyes of the tongawallah were curious but not unfriendly. “Sahib, where to?”

He was uncertain how to respond. “I wish I knew.”

The tongawallah looked surprised. “Surely you have some idea? Here to visit a relative?”

Doctor: “A relative so dear! My own daughter. My missing daughter.”

Tongawallah: “What, is your daughter lost? Where is she? Did she go missing around here?”

Doctor: “We had to leave her here.”

Doctor: “Many years ago. When the nation was partitioned, we left a piece of our heart here. To save her life, we left her with her nurse. She was just an infant.”

Tongawallah: “And you don’t know how she fared all these years?”

Doctor: “All I know is how my wife has been tormented all these years. She has never forgiven herself.”

Tongawallah: “To the Cantonment, then?”

The horse began as the tongawallah clicked his tongue and flicked the whip. Before long, he pulled the reins. He stopped in front of a house and rapped the heavy iron ring on the door. A young woman opened the door. A head scarf covered her head.

The doctor gasped as he saw his wife in those features. Tears flowed down his cheeks.

Tongawallah: “An adaab for your abbu, Salma. He has come.”

Salma stared at the strange man, and then sobs arose as she covered her face with her hands. Her husband, the tongawallah, comforted her.

Salma composed herself, and then brought out a clean bedspread and carefully spread it on the charpoy, where the men sat. She filled steel glasses with water from the earthenware pot in the corner. The doctor looked at the simple living quarters, noting the lack of modern conveniences like a refrigerator. There was a strange bittersweet quality to the silence that ensued.

The doctor was first to speak: “ Are you well, my child?”

Salma: “Yes, I have a daughter. She is at school. And there’s two from his first wife.”

Doctor: “Will you come and visit me in India? Your mother would like to meet you.”

Salma: “My life is here. How can I leave my husband and children?”

Doctor: “You can all come and visit. We can try and get passports made.”

Salma glanced at her husband: “I don’t know anything about these matters.”

Doctor: “I will talk to your husband.” He stood up to go. “I have to leave now. Be happy.”

Salma: “So soon? What about lunch?”

Doctor: “Your mother will be waiting for news. She will be worried.”

Salma: “Allah be with you.”

As his daughter’s husband took him back to the train station, he saw the changes in the city where he had grown up. He was an old man now, and his life had been buffeted by forces larger than him. “The Partition,” he thought with bitterness, “has defined my generation.”

A new thought occurred. He would tell Sudarshana of Salma, how she looked like her mother. They had hoped for more grandchildren. How happy Sudarshana would be to hear her daughter had survived and that he had found her. How she would begin planning a party for everyone to meet Salma’s family. There would be some disapproving whispers, he knew. The 1971 war had just ended, and anti-Pakistan sentiment was high. His creased forehead cleared and then a smile twitched on his lips. Any relatives who looked askance at Sudarshana’s Muslim daughter would have to deal with Durga herself. His wife was as fiercely protective as she was loving. He imagined her, how her eyes would flash as she hugged her daughter close and said: Vasudhaiva Kutumbakam: All humanity is one family.

The whinnying of the horse brought him back from his reverie.

“We will meet again soon, I hope,” he said to the tongawallah.

The writer, Vinod Rihan Pathania, a Partition survivor, remembers her teeth chattering with fear at the time of the Partition. As a child in 1947, she was transported from Jammu to Pathankot concealed in mail bags to avoid Partition violence. She studied at the University of Jammu and Kashmir and was a recipient of a gold medal for the best female student for her Bachelor’s degree. In independent India, she was a teacher and a principal of schools and colleges all over India. She has written many radio plays broadcasted by Radio Kashmir Jammu Station of All India Radio. Most of her plays/stories are related to her experience of the plight of women in India and she works for the empowerment of women. She is married to Group Captain P. S. Pathania, an officer in the Indian Air Force (now retired) and lives in Punjab, India.

“My mother, Vinod Rihan Pathania, was a young girl of ten when Partition happened. The above story is a fictionalised account based on true events in the life of her maternal uncle, Dr. Mahendarnath. This conversation between the doctor and his wife happened, but a different decision was made. The infant girl survived the journey, grew up in Delhi, and became Dr. Praveena, a physician just like her parents. Many other families had far worse outcomes.

This story is dedicated to the lives lost during the violence of the Partition.”

Fiction The Boy and the Wing Commander 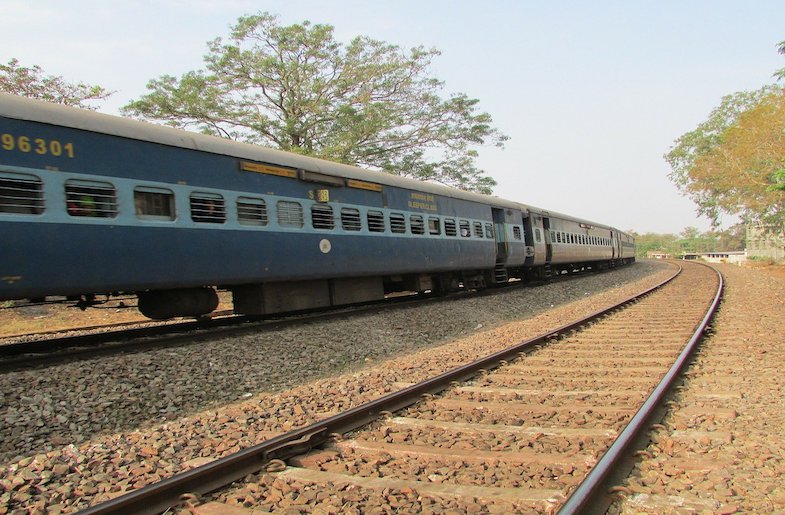 A few years ago, my husband and I decided to take our two children on the train to NYC. We always drove but I wanted our children to experience train travel; th 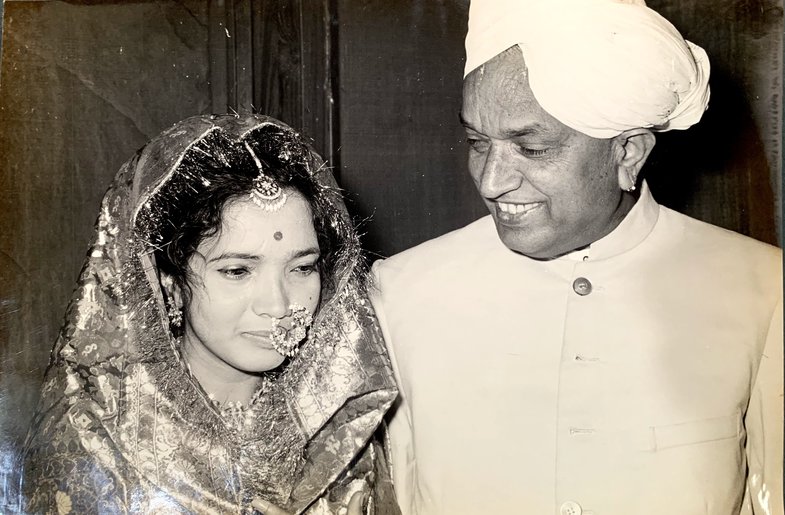 Flight of the Sparrow

It’s Spring. The birds perch on the bird feeder and peck at the grains playfully, making chirping sounds. They remind me of ma, my mother. A woman of small st 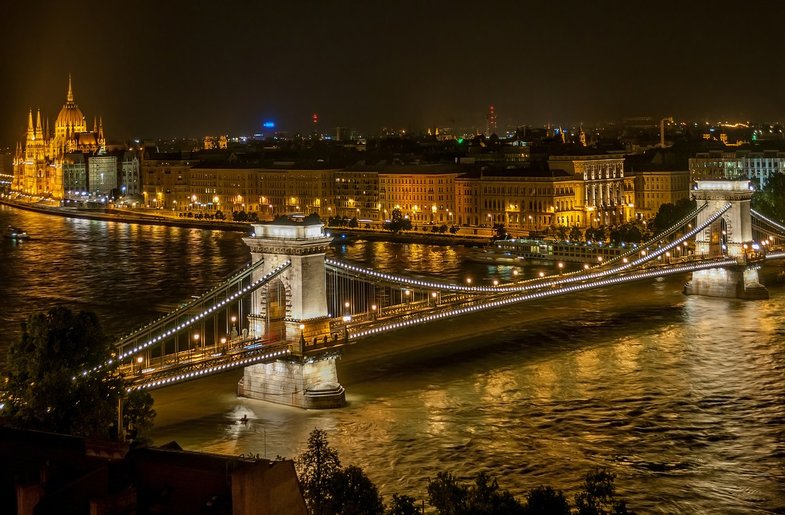 I saw the man for the first time in Budapest on the Széchenyi Bridge. The chain bridge connected the western and eastern parts of what was once two cities, Bud