She had been buying face cream through a friend of a friend for 12 years. This time, it was Pond’s “Rejuveness,” a version of the company’s anti-wrinkle cream that is made and sold in Mexico. But someone in the Mexican state of Jalisco laced the cream with a toxic skin-lightening compound, and it had a devastating effect on the 47-year-old Sacramento resident. She showed up at the emergency room this summer slurring her speech, unable to walk or feel her hands and face, public health officials said. She now lies semi-comatose in a hospital. Authorities aren’t releasing her name, but they say she is the first known victim of methylmercury poisoning from a cosmetic in the U.S.

Methylmercury is a heavy metal used in things like thermometers, batteries and mirrors, and long-term exposure can cause kidney damage, loss of peripheral vision and lack of coordination. The chemical — along with a less potent, but still toxic, form of mercury known as calomel — is also a key ingredient in skin-lightening products. A bustling market for these products is driven by immigrants who buy them from their home countries. The face cream that sickened the Sacramento woman was tampered with after manufacture, but some other skin-lightening products made overseas intentionally contain mercury as an active ingredient, said Bhavna Shamasunder, an associate professor at Occidental College in Los Angeles who studies skin-lightening cosmetics. While mercury removes skin pigmentation, Shamasunder said, the side effects are toxic.

Pond’s, owned by the international consumer products giant Unilever, said it doesn’t use mercury in its products. It encourages consumers to buy their products only from authorized retailers to avoid tampering. The company said it is working with authorities to investigate the Sacramento woman’s case.

In the past nine years, there have been more than 60 poisonings in California linked to “foreign brand, unlabeled, and/or homemade skin creams” that contained calomel, Sacramento County officials said. While it is illegal to sell cosmetics in the U.S. with more than 1 part per million (ppm) of mercury — except eye products, which can have up to 65 — the Food and Drug Administration can’t keep up with the imports, whether they’re shipped, tucked into suitcases or purchased online. Nor does it have the regulatory power to enforce recalls or require preapproval of cosmetic products and ingredients before they’re sold, Shamasunder said.

“The FDA has extremely poor oversight over our beauty products,” she said. “The burden of proof is on the consumer to get sick first.”

The FDA declined to comment on the record for this story.

Skin-lightening products are popular throughout the world, and the market is projected to grow to $31.2 billion by 2024, according to Global Industry Analysts, a publisher of market research. Products made outside the U.S. aren’t subject to the same standards as American-made ones and may contain poisonous chemicals, like mercury, or have higher proportions of potentially dangerous ingredients, such as steroids.

Skin-lightening products are advertised for their ability to even out blemishes and skin tone, but some consumers feel pressure to use them on their whole face or body in cultures that tend to confer more money and social status on people with lighter skin. Nearly 40% of women surveyed in Taiwan, Hong Kong, Malaysia, the Philippines and Korea said they used skin lighteners, while 77% of women in Nigeria and 25% in Mali said they did so, according to the World Health Organization. In the U.S., potentially hazardous skin-lightening products can be purchased in some ethnic beauty stores, in ethnic supermarkets and at swap meets. They can even be found online at sites like Amazon and eBay.

heavy metal is not routine, said Tracey Woodruff, a professor of reproductive sciences at the University of California-San Francisco. The problem appears to be concentrated among certain ethnic groups. A recent Minnesota study measuring mercury in the urine of 396 pregnant women from 2015 to 2017 revealed that nine had elevated levels, mostly linked to skin-lightening product use among Hmong and Latina women. Ongoing testing is revealing even more cases, said Jessica Nelson, program director for the state’s biomonitoring project.

Often, poisoning victims get their spiked products from people they trust, Woodruff said.

Woodruff co-authored a report about a pregnant woman in San Francisco who had unusually high levels of mercury in her blood. The source was a jar of Pond’s face cream that had been adulterated in the Mexican state of Michoacán. “A family member gave it to her, so it was a trusted source of information,” Woodruff said. A 2013 study that sampled 367 skin-lightening products purchased in Chicago, Los Angeles, New York and Phoenix turned up at least a dozen products with exceptionally high levels of mercury, ranging from 1,729 ppm to 38,535 ppm.

In the Sacramento woman’s case, the contaminated face cream contained a methylmercury concentration of over 12,000 ppm. The level of methylmercury in her blood was 2,630 micrograms per liter, according to Sacramento County Public Health. Normal values are less than 5. It’s unclear whether the FDA could have done anything to prevent her poisoning, said Melanie Benesh, legislative attorney for the Environmental Working Group, a nonprofit advocacy organization.

While the FDA has been able to intercept some high-mercury imports and turn them away, the agency lacks the authority to require companies to register their products and ingredients with the agency. That would make it easier to screen shipments that have a higher risk of being poisonous, Benesh said.

In a 2017 letter to Congress, the agency said it had six full-time inspectors to monitor 3 million cosmetics shipments annually. “Right now, the FDA is really flying blind,” she said. So it’s up to public health officials to catch poisoning cases as they happen and then trace their way back to the source.

In California, state public health officials are developing a campaign to educate shopkeepers and consumers. They also train volunteer community health workers like Sandra Garcia, 63, to meet with families to discuss the symptoms of mercury poisoning. Garcia, who lives in Tulare County and picks and packs grapes for a living, estimates that she has purchased creams from 40 stores to send to public health officials for testing since March. And she has visited 60 homes to hand out brochures and help residents identify poisonous products. “There are people that get angry and say that the cream is good and that nothing bad has happened to them,” she said. “But the majority of people are frightened and give me their creams.”

At a discount store near MacArthur Park in Los Angeles, shop worker Lili Garcia dismissed the notion that consumers should avoid skin creams manufactured abroad. She sells unopened jars of Pond’s Rejuveness cream from Mexico for $5 and $10, depending on the size, while Target lists American versions for $8 and $15, respectively. Garcia, who uses the same cream herself, said she had heard about the Sacramento woman on the news and felt sorry for her. But she said it’s up to consumers to check that products are sealed; beyond that, there isn’t much else they can do. “Well, the buyer buys the product, and they don’t know what’s inside,” she said.

Health, Health & Wellness To Mask Or Not to Mask: With the Delta Variant, Why is That Still a Question? 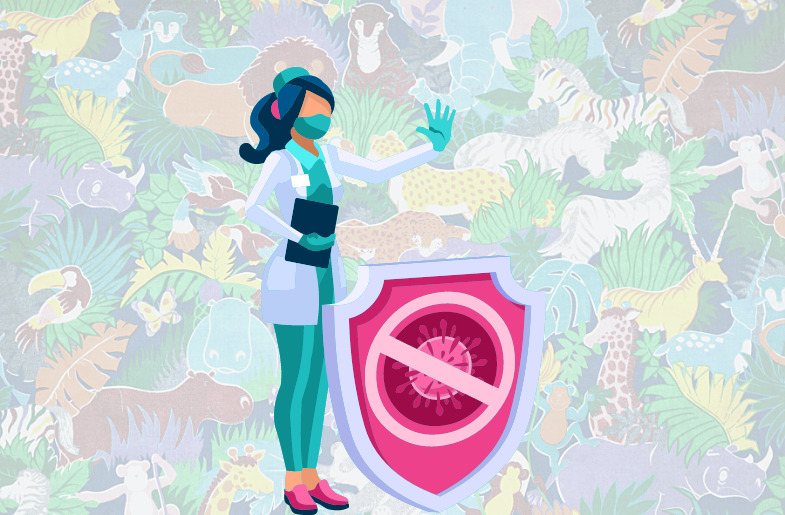 Shakthi! Power! Feminine Energy! In today's world women have broken the frontiers of space, air, and water. There is no mountain that they have not climbed, no 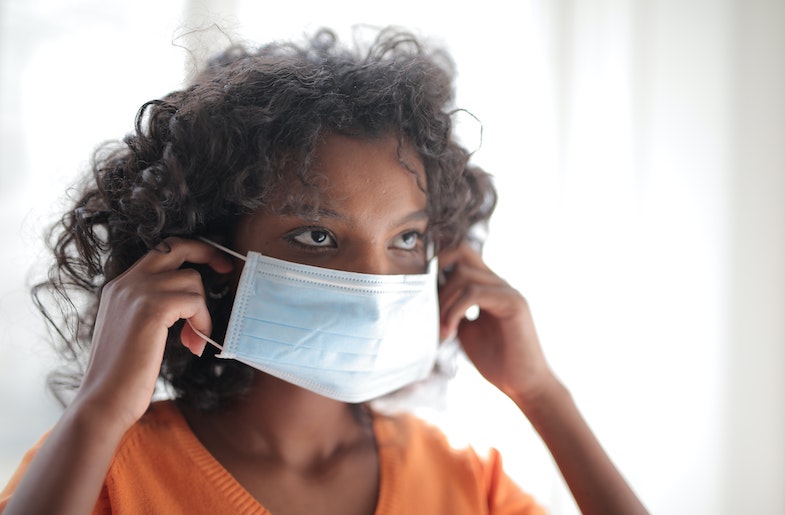 To Mask Or Not to Mask: With the Delta Variant, Why is That Still a Question?

COVID-19 manifested itself in a new variant this year: The Delta Variant. The beginning of the variant was found in India, where the original strain has already