Tyler [Clementi’s]’s roommate, Dharun Ravi, turned on his computer’s webcam and apparently spied on Clementi while he was hooking up with another man. After Clementi found out, he ended up throwing himself off the George Washington bridge. (Source: Gawker)

Do you remember what it was like to be 18? Most of us consider ourselves much wiser than we were back then; many of us would cringe at what we thought and the asinine stuff we did. The problem with being 18, if I may be so blunt, is that most 18-year-olds are stupid. Yes, we are brown; we get near-perfect scores on the SAT and take so many AP classes, we can skip our freshman year of college. Big deal. That’s not what I’m talking about. I’m talking about emotional intelligence. Compassion. Wisdom. That last trait isn’t gifted to a teenager because it’s a consolation prize for approaching middle age, for suddenly possessing an underperforming metabolism, greying temples, and “life experiences.”

When I was 17, I skipped most of my freshman year of college. I could eat garbage, flip my long, dark hair and stare at everything with the wide-eyed innocence of an idiot who had never even spent the night at a girlfriend’s home, forget alcohol, drugs, relationships or anything else. When I was 17, my three biggest worries were:

c) missing out on college “life” because I had to be home by 6 p.m. every evening.

I knew nothing about real life, common sense, or compassion. I was endlessly selfish, because as a South Asian child, I had been coddled since I was barely solid. My peers were 18 and discovering drugs and sex; I was secretly sleeping with stuffed animals and being treated like a 10-year-old. Desi children get babied in a way that many of our peers do not. As a result, I had a dim sense of consequences and, whenever I did imagine anything remotely “bad” happening, I assumed my parents would fix it. They always did.

I am so glad I didn’t do anything regrettable or illegal.

I am so glad that I didn’t hurt anyone to the point where they harmed themselves.I would never have forgiven myself and I doubt that I’d be sitting in some cafe in Washington, D.C., nursing a cocktail after “peace”-ing from my new, dream job with NPR.

See, if I had done something impulsive and harmful when I was a freshman in college, that sin would have followed me for the rest of my life; depending on what I did, maybe to some of you, that would be a just sentence. To be googled as I applied for a job and then denied. To be shunned. To be judged. To have my family blamed for my thoughtlessness. To have my culture be brought up as evidence of intolerance. To be considered a hateful criminal … a murderer.

But here’s the thing; I see the other side, too. I see it so clearly, it cuts my eyes until they feel like they are bleeding. Reading the news has triggered memories so painful, I have only contemplated them once since my senior year of college, 15 years ago. That’s when I was bullied so mercilessly (by desis, no less), that I abruptly dropped all of my classes, thus ensuring that I would not graduate on time, that I would not take the LSAT, that my entire future would be slightly altered. I am not a lawyer, though a love for the law runs in my family, and I had planned to become an attorney since I was in the first grade. I did not finish college in four years. My life veered dangerously off track, simply because I could not face them, the people who turned their heads to whisper to each other about me as I walked past. I could not bear the constant humiliation.

A rumor, an ugly, poisonous rumor about me, my sexuality, my tendencies—that’s all it took. I want to prostrate myself on the street right now and give thanks that I suffered before the internet and social media made everything far too public. There was no Facebook or Twitter to extend my mortification or amplify my disgrace. There were no web cams. All that existed was Pine and IRC, and thankfully, my tormenters didn’t seem to use either; if they did, I never knew.

And yet, despite the inability of my story to go “viral,” for a few years after that nightmarish quarter in college, in random cities, all over the United States, I’d meet someone who, after being introduced to me, would cock their heads to the side and regard me differently. “Wait—are you the girl who … ?” they would ask and I would want the ground to open and swallow me.

I hadn’t done anything wrong, but that didn’t stop the shame or humiliation from being flung my way, years and miles after I had been accused of something I didn’t even do. The heck with it. Even if I did do it, who were these people to attack and diminish me?

So, I get it. I get it to a degree that is so painful, I tearfully downed vodka shots before writing this.

That is all I can think of.

I am not apologizing for anyone or justifying anything. I am just appalled, like all of you are. The problem with the Rutgers cyber-bullying story is that it is just like life: complicated. The more I read, the less sure I am of what happened. All we can know is that Dharun Ravi did the unconscionable; he invaded his roommate’s privacy in an outrageous, indefensible way. He invited voyeurs to participate in a virtual, collective humiliation; he is guilty of being an intolerant creep who apparently had gay friends. He is also a teenager, which may or may not explain a lot of what happened, depending on your point of view.

We also know that Tyler Clementi is gone, forever. He looks like a sweet, sensitive child, coming into his own. A talented violin player, someone who was exploring life with all the freedom newly-afforded by life at a big, public school. But he knew his roommate was spying on him. He went to an RA and voiced his concerns. He sought advice online from a gay forum about what Ravi was doing to him. He seemed in control.

Then, he updated his Facebook with a terrifying, tragic status message:

“Jumping off the gw bridge sorry.”

The human mind, ever desperate to comprehend the senseless, likes to connect dots. “Clearly he jumped because his roommate spied on him!” our brains conclude. Is it that simple? Suicide is never so obviously explained, not in my opinion, and unfortunately, I have some experience with that specific sort of tragedy. The only things I would say, with certainty, about suicide are:

• it is a permanent solution to a temporary problem

Our minds want an explanation. We want to assign blame, to wash our hands of the matter, with a clear sense of whom to condemn, so we can shake our heads sadly and move on. That’s comforting, and who doesn’t want comfort after reading about such a heartbreaking tragedy, especially during a month when Tyler wasn’t the only child to take his own life. But none of us, aside from Dharun, Molly, and Tyler, know exactly what happened or why.

And what about Molly? I have read that she was Dharun’s high school friend, his college girlfriend. She was arrested, too. How much of this was her idea? How much blame do we assign her? How much of her future should be ruined for laughing, perhaps easily, perhaps uneasily at her boyfriend/friend’s tweets and casual homophobia? Are we interested in a witch hunt? Or justice?

Is the latter even possible?

You know what is possible? Change. Do you feel awful about what happened to Tyler Clementi? If you do, instead of assigning blame and thinking about something else, challenge yourself to change your corner of the world—it’s not as overwhelming as it sounds, even if it may not always be comfortable or easy.

The next time someone uses “gay” as a synonym for “lame” or “stupid,” say something.

The next time someone is depressed and struggling, reach out.

The next time you are invited to participate in ritual humiliation and baseless gossip, think about how little you know about the vulnerability of the person in whose downfall you are delighting. Even the law says you must take your victim as you find them.

Bullying is never okay. Especially because none of us knows how close someone else is to the end of their rope.

And to people commenting about how this is so awful for our community, ask yourself one question—do white people apologize when one of their own does something regrettable? You are not responsible for Dharun Ravi’s awful decision to put his roommate’s most intimate moments on blast. All you are responsible for is yourself—and if you feel sick about this, instead of accepting blame on behalf of our community, work within it, to make it a more welcoming place for people who are queer, trans, bi, questioning. We are not all Dharun Ravi. But we can make life for the next Tyler Clementi a little bit easier.

This piece was originally published at  www.Sepiamutiny.com

Anna John lives in Washington, D.C. where she works for NPR as a reporter covering “Race and Class” on the DCentric blog. She co-founded Sepia Mutiny, a second-generation blog about all things desi curated from an American perspective, in 2004. 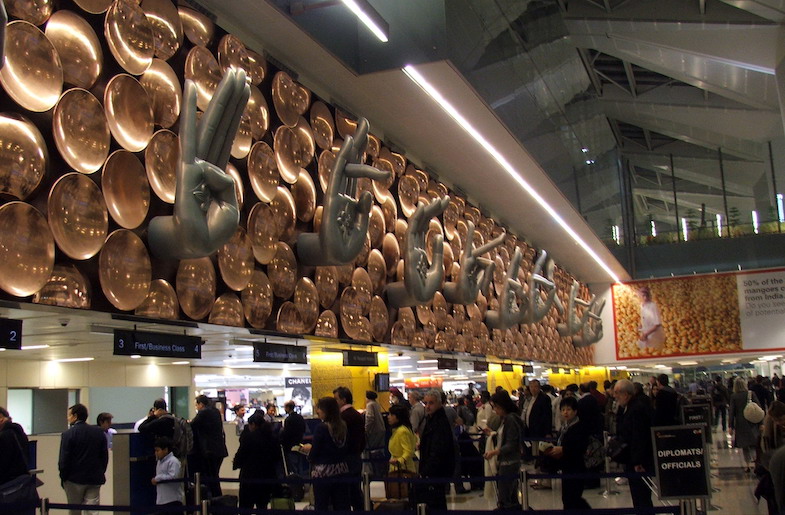