I was chatting with a cousin who had lived on the East coast for over twenty years before moving to the Bay Area. She said that people there rarely talked about enrolling their children into private schools. Such discussions were hardly ever the norm.

“If people did that, how the heck were we going to improve the infrastructure of the communities we lived in?” she asked. We talked about how in the Silicon Valley, many first-generation Indian-Americans—who had been raised by parents who placed a high value on education in India’s private schools—had imported those sensibilities into America. In the new environment, they began altering the balance somewhat. Many of us supported private education especially when we could not afford to move into zones with the best public schooling. Some of us, even with access to that coveted local public school in the best neighborhood, often justified our decision thus: The best private high school offered a greater chance towards that Holy Grail—a dream college.

A local real estate agent has noticed a distinct attitudinal shift among young Indian-Americans in the Silicon Valley who have deep pockets. “These people seem to care a lot about the inside of the house,” she said. “But most of them hardly worry about the exterior.” It was a radical departure from how my generation and those before mine always viewed the purchase of a home in the United States. The realtor said that this attitude typically prevailed among families with very young children in which both parents juggled high-flying careers. They were willing to pay top dollar for their home but did not fret about the neighborhood, the schools or the community in which they were buying their home. It wasn’t relevant enough. They had the resources to send their children to private schools, after all.

This new mindset is not that different from what led to the gentrification of San Francisco’s Mission district. An artsy neighborhood for low and middle-income Mexican and Central American immigrants was now an enclave for young tech millionaires driving the fastest-growing income inequality of any city in the United States. Here then was an erosion of the values that made American society more equitable than those in other parts of the world where the best education was often available only to those who could afford to pay. What these young Indian-American families do not realize is that while their individual decisions were perfect for them, collectively they were transforming the community to which they belonged. Even as the pricey homes were vanishing from someone else’s radar, the school districts did not benefit from the influx of a diverse mix of people.

I, too, have been party to this overhaul of mindset and landscape. In 1989 when we bought our second home, in which we would live for sixteen years, the school district and the community factored into our purchase. I was expecting our first child and while we had not made up our minds, we wanted to ensure that we moved into a good school district. In 1995, however, when our daughter was ready for kindergarten, I dithered, despite the advice of more experienced friends who raised children in the community. I worried that the public school system was inadequate and that my children would not realize their true potential in a school system that was paced differently. We opted for the military drill of the Challenger school a few miles away.

One year in France away from the glitter of the Bay Area altered my perspective with respect to my childrens’ education and my own career. In 1999, in Paris, I discovered that most of the locals patronized only the public schools. I understood that their decision helped bolster the public education system, and that unless parents sought religious education for their children, the default choice was always the local schools. My husband insisted that we consider the public system upon our return home. After all, he said, we were paying the taxes. Once again, he unleashed the line I’d heard ever so often. “After all, I went to Krishnaswamy Mudaliar High School in the boondocks of Vellore in Tamil Nadu. I didn’t do too badly, did I?” he asked.

When we moved into our third home a few minutes away from the high school in Saratoga, our vexation with some of the tenured teachers—some of whom should never have been admitted into the system—would hound the children. Still, I saw the advantages of belonging to a school community where the parents became our friends and where they were fixtures in school rooms and the PTA, and where they committed many hours to a gamut of extra-curricular activities such as speech and debate, music, sports, dances, and annual festivities. For me, the value of the community was most obvious when I flew to be with my mother a few weeks before she died. The parents in the community helped my family with the children and their activities while I was far away by my mother’s bedside. The relevance of the community surfaced yet again in my son’s senior year of high school.

Our family attended the memorial service for a man who had been a carpool parent when our son was in middle school. The gentleman had been central to the Konkani Association of California.

At the service, we listened, moved beyond words, to speeches about the man’s vision and compassion. They made us realize that in our last days we would be feted not so much for our own accomplishments at work or for the millions we had made but for how we had touched other’s lives over the span of our own.  We realized we had a choice in how we lead our lives. The decisions we made—aligning our preferences to the needs of the community—were also our legacy for they would shape the lives of those who came after us. 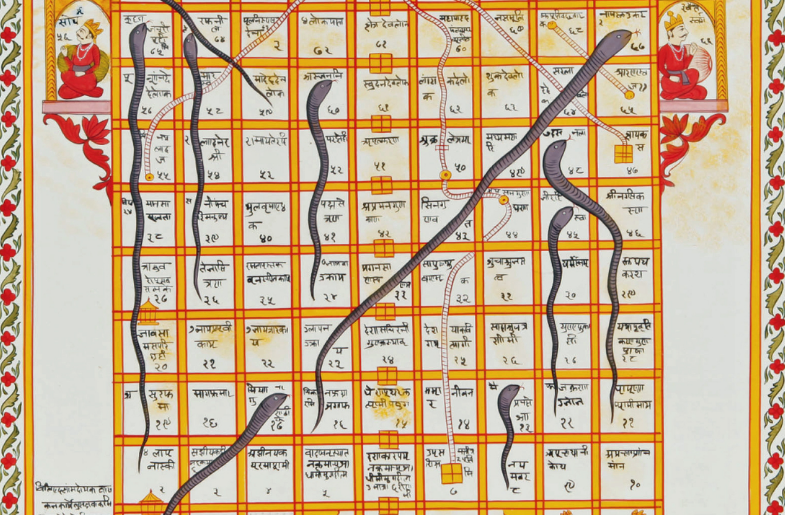