My childhood is filled with memories of waking up to the strong aroma of filter coffee. My grandmother needed her cup of coffee to be just the way she liked it. Her day began with brewing a huge steel filter full of coffee and it ended with her ritual of washing that huge filter and adding a heap of the coffee powder ready for brewing the next morning. Her coffee beans were bought at specialty coffee retailers like Narasus Coffee, Kannan Jubilee Coffee, and Leo Coffee. I remember going to these coffee retailers with my mother and she would buy a blend of three-fourths of Pea berry, Robusta or Arabica beans with a quarter of chicory. The beans were always roasted to perfection.

I remember asking my mother, “What is chicory?” She told me that chicory was a root that was added to the expensive coffee powder for a slight bitter aftertaste, and it also helped extend the use of the coffee powder. Only a quarter of the chicory was added since too much would take away the real flavor of the coffee beans.  I still miss my grandmother’s chicory coffee and her morning coffee rituals.

Historical Origins
Chicory dates back to ancient Egypt. In 4000 BC, it was documented as a medicinal plant for the treatment of intestinal worms and as an aid to digestion. Later the Greeks and Romans used chicory as a liver tonic. It is said that the Roman poet Horace ate chicory as a part of his vegan diet. During the Middle Ages, medieval monks cultivated chicory and thus introduced it to Europe.

The Dutch were the first to use the roots as an enhancer for coffee. According to Peter Simmonds, a 19th century writer, coffee was introduced to France by M. Orban and M. Giraud. By the 1800s, France, Denmark and Germany were exporting more than 1 million pounds of chicory.

In the 19th century the French brought their chicory and coffee to Louisiana. During the Great Depression and the Second World War, coffee was expensive and in short supply. Chicory became a popular substitute drink. Sometime during the 1850’s New Orleans became the second largest importer of coffee. During the Civil War when the ports were blocked and coffee shipments were halted, chicory found its place as a substitute. That’s how, even to this day, you can find a good cup of Chicory coffee at Café Du Monde in New Orleans as it has become a part of their cultural history.

My grandmother and I are indebted to a 17th century Sufi saint named Baba Budan for bringing coffee to South India. Legend has it that, Baba Budan smuggled seven coffee beans from Yemen on his way back from his holy Hajj pilgrimage and planted it in Karnataka, South India. Later on, chicory was introduced by the British. Till the 1950s chicory was imported in India. Later, imported seeds from France were cultivated in the North West. Now India is the largest producer of premium grade chicory in the world.

Roots, Leaves and Flowers are Used in Chicory

1) Root chicory is roasted, ground and brewed as a substitute for coffee.

2) Leaf Chicory has two kinds—wild leaf used in many Turkish and Greek dishes and cultivated leaf chicory that is of three main kinds: Radicchio or red chicory, Belgian endive (pronounced as En-Deeve); we grow Californian endives too, and Sugarloaf chicory which looks like a hybrid of Napa cabbage  and romaine lettuce. Apart from these varieties, we also have salad greens such as escaroles, curly endive (pronounced as N-Dive) and frisee.

3) Chicory flowers are predominantly blue but sometimes are pink and white too. These flowers are used in tonics for the prevention of gallstones, sinus issues etc. These February flowers are known as a symbol of love, desire and inspiration.

Chicory the Champion of Health
We know that the Egyptians had planted chicory for its medicinal use. In India chicory roots are used in the treatment for jaundice and liver enlargement. The Native Cherokee and Iroquois tribes used chicory in treating sores, lesions and as a laxative. Chicory is well known for its antibacterial and anti-inflammatory qualities. It is also used in the treatment for irritable bowel syndrome, acne, cellulite, constipation, diabetes, eczema, gallstones, gastritis, gout, hepatitis, jaundice, liver enlargement, rheumatism, and urinary ailments.

Chicory promotes a heart healthy diet as it contains inulin a carbohydrate fiber called fructan, that helps reduce LDL or bad cholesterol and triglycerides and thereby reduces the risk of atherosclerosis. The inulin also helps in the prevention of diabetes and obesity in humans, by amanaging and aiding digestion and appetite regulation.  Chicory is a great source of calcium, potassium and vitamins. It also helps in absorbing calcium thereby aiding bone density and reducing osteoporosis and osteoarthritis.

Here are some chicory dishes to warm your cold February days.

Dressing
½ teaspoon honey
1 clove garlic minced
½ jalapeno pepper minced
2 tablespoons of Muscat vinegar (optional)
Juice of 1 lemon
Salt and pepper to taste
Rub the radicchio wedges with olive oil, garlic, dried herbs and salt. Preheat the oven to 450 degrees and place inside for 12-15 minutes till it is charred. Remove, cut up into large pieces and place in a large bowl. Add rest of the salad ingredients—beets, apples, corn, avocados and mix gently. Drizzle the dressing and mix. Serve.

Variation: Roasted Radicchio Walnut Pizza. Place the roasted radicchio in a layer over pizza dough along with gorgonzola and mozzarella cheeses and toasted walnuts. Cook the pizza in the oven.

According to Chinese medicine, endives help preserve the Qi (energy) in the heart. They use it in many stir fry dishes.

Method
Heat oil in a large pan and add the minced garlic and ginger. Then add the sliced endive, sliced shitake mushrooms and sauté in high heat for a few minutes. Now, add the tomatoes, chili garlic sauce, soy sauce, brown sugar, salt and red pepper. Cook until the endives are wilted and mushroom slices are soft. Adjust the seasonings and serve hot as a side dish with rice.

Roasted Fennel, Endive Potato Gratin
Belgian endive is mostly used for appetizers. Each leaf serves as a holder for small salads. This hearty au gratin is an all-time favorite.

Preheat the oven to 400 degrees. Grease a baking pan with butter and layer the potatoes, roasted fennel and endive slices. Sprinkle half of the Gruyere cheese and Mozzarella cheese. Add the remaining milk mixture on top. Sprinkle the rest of the two cheeses at the top. Place it in the hot oven and cook until the top is bubbling golden brown and the potatoes are well cooked. Remove and serve.

Praba Iyer is a chef instructor, food writer and a judge for cooking contests. She specializes in team building classes through cooking for tech companies in the Bay Area [email protected]

Dig-In Meals – A column highlighting Indian spices in recipes that take traditional Indian food and add a western twist! Summer is here and that means we’r 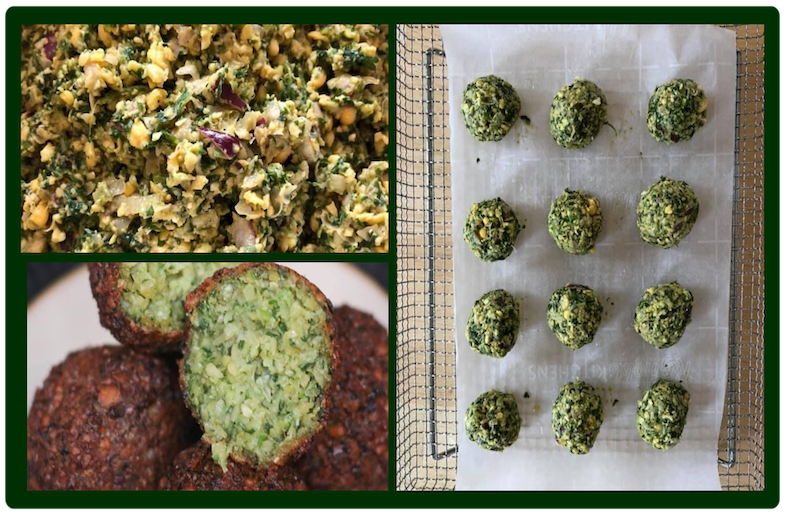