“Have you heard about the ladder-jumping theory?” My male companion asks across the dinner table. We are seated in the wooden booth of an Eritrean restaurant, and he is giving me the guy perspective on male-female friendships.

I laugh, “Would you like to hear the female theory on male-female relationships?’

“We know that men don’t really want to be just buddies with girls. The trick is to hold out the promise of a relationship until you sucker them into a friendship.”

This time he laughs.

Right now I am trying to do some ladder jumping of my own. Or some jumping anyhow. I think I’ve finally found my ordinary man. Well, at least I’ve found a bland one—a broad-shouldered, tight-T-shirt-wearing, super-cute Caucasian coworker that my older pal Crafty Old Man has already dubbed as a University of Michigan Frat boy type. Unfortunately, he can only talk about gadgets and servers and software, so most of our conversations end up with him going on and on about the server company he has started, and me feigning interest while gazing into his brown-green long-lashed eyes.

The phone interrupts my lustful daydreaming. It’s my Buddy-Cop Girlfriend. Buddy Cop is a new friend with whom I trade affectionate insults (just like in the buddy-cop movies, only not as funny). She is a round-faced pretty girl with twinkling eyes and a passionate devotion to causes like the plight of street children and not using Tide.
She’s telling me about some desi man she’s met.

“Sincere?” I’ve never heard that one before. Is it like “nice” a.k.a. the Kiss of Death?

“Well, I went to his house, and he had these inspirational posters in his room.” I am itching to make some wisecrack about Buddy-Cop Girlfriend and the Poster Man doing it under a huge inspirational “DO IT NOW” poster, but I restrain myself.

“There’s no romantic connection, though. Hey, what are you doing next weekend?” she asks.

“Umm …” Then I remember. A couple of months ago my Pact Friend—my old college buddy whom I’ve mock-agreed to marry if we are both still single at 40—finally moved to the United States. He’s coming to see me next weekend.

“So do white boys not like Indian girls?” Pact Friend and I are driving through Pacific Route 1, engaged in a politically incorrect discussion about the comparative hotness of various ethnic groups. I love this freeway—the languid curves curling themselves around the sea, the almost make-believe green of the mountains. High, in the distance, I can see gulls flying above the water, over Morro Bay perhaps.

He grins, “Oh, they think it takes them six months to get to third base with Indian girls.”

Yesterday, Pact Friend and I spent the whole day seeing San Francisco. I enjoyed myself thoroughly, but there was absolutely no chemistry.

Then, last night, when I asked him what he wanted to do next, he said, “Can we go see Sunita? She lives in LA. She said she can drive down and meet us somewhere halfway.”

Thud. Sunita is his ex—a bubbly rosy-cheeked junior from our college.

So now we’re driving down to meet Sunita for lunch in Cambria, a seaside town so nauseatingly cutesy that it advertises itself as the home of the Central Coast Rubber Ducky.

Over lunch, Pact Friend talks about how the United States, unlike India, has “gaps in the urban fabric.”

“Girls have no freedom in India,” Sunita says suddenly. Her tone tells me that they’ve had this discussion before, probably with a lot more belligerence.

A familiar ache hits me. I remember the fights that I and the ex-boyfriend, or rather the don’t-know-where-we-stand-now-boyfriend, used to have. How I tried desperately to persuade him to stay here and how he tried to get me to go with him.

Darn memories. The most mundane things seem to trigger off such overwhelming sadness—I take the 880 ramp from Fremont and I remember the ex teaching me to drive on it, I remember thinking that the ramps in California were very steep, I remember his patience.

Among all male-female friendships, relationships with exes are probably the hardest.

“So did you feel a spark?” I ask as we get back in the car after lunch.

That’s pretty much how I feel about you, I think.

Office Brain hands me a card. No, it’s not a romantic missive telling me that he has finally succumbed to my charms, but an invitation to a 30th birthday party he is throwing. Hot Geek’s 30th birthday.

“We’ll start at my house and go clubbing at DNA lounge afterwards,” he says.

I’ve been to his house twice before, once on cooking night, when I failed to chop the cilantro finely enough to meet his rigid standards, and then on board-game night when I annoyed him by idly chitchatting when it was my turn to play.

“Cool. I like DNA lounge. I go there often,” I say. He looks at me disbelievingly.

I don’t care. I am over Office Brain. Well, mostly. For some reason I tend to get attracted to these controlling type A guys. When I was younger, I would pursue the attraction, but now I know that it’s trouble. Maybe it’s an Indian thing, perhaps growing up with deferential mothers and dominating fathers conditions us to want these take-charge demanding men. I remember how, a few years ago, Vidharbha (all names have been changed to protect privacy) was seeing this guy who forbade her to do things—he forbade her to see her friends, he forbade her to wear her boots, and so on until he probably ran out of things to forbid. She knew he was bad for her, but she could not get over him, and every other encounter she would call me and cry on the phone.

It’s been a while since I have seen Vidharbha. Earlier we would hang out on every weekend, but recently it seems like every time I call she’s already made plans with other people.

I am trying to hang out with other people too. Buddy Cop and I are at El Rios, one of my favorite places despite the fact that it is occasionally frequented by swarthy 30-somethings who look like they bus tables in the Tenderloin. El Rios has two big things going for it: 1) that huge outdoor space at the back, and 2) the music is Arabic and bhangra instead of hip hop. And for once it feels nice to not be the less attractive friend. With Vidharbha, I sometimes felt like the silent wallflower to the bright butterfly.

Buddy Cop sips an Amaretto Sour while she tells me about Desi Poster Boy. “He calls me everyday.”

“I thought there was no romantic connection.”

“What do you talk about?”

“He just tells me about his day, things like his sister calling, what she said—that sort of stuff.”

Hmmm. It seems to me that Buddy Cop and the Poster Boy have fallen into that last insidious category of male-female friendships—the relationship substitute. It’s the one where you call the other person and tell them mundane stuff that you should only inflict on a Significant Other. Buddy Cop is now a substitute wife.

I am finally at the Geek God’s 30th birthday. We’re at DNA lounge.

I am alone with him.

The two of us have sneaked off downstairs, away from the rest of the group. The room is lit only by colored beams that periodically swoop down on the stage to reveal an Asian DJ. We are dancing, pressed close together by darkness and drumbeats and human flesh. The music is techno, a tribal heart-quickening thumping that seems to be beating faster and faster. There is promise in the air, a sense that any moment now he will make his move, say something, do something.

“I am getting another drink,” I tell him.

I freeze. The last time that happened I was 14 and riding in a Delhi bus.

Slowly, I turn around. Geek God doesn’t seem to have noticed. In fact, he’s discussing the music with Office Brain, who has just come down. I continue standing there, mouth agape. Here I am expecting secret confessions and soft whispers and romantic flirting. And the man smacks my ass!

I don’t know what base the butt is supposed to be, but he sure got there in six months.

Sanju C. writes from San Francisco. She bases all her relationship decisions on advice from other dating columns.

Features, Tell A Story Cryptocurrency Boom: What To Know and Why To Invest? 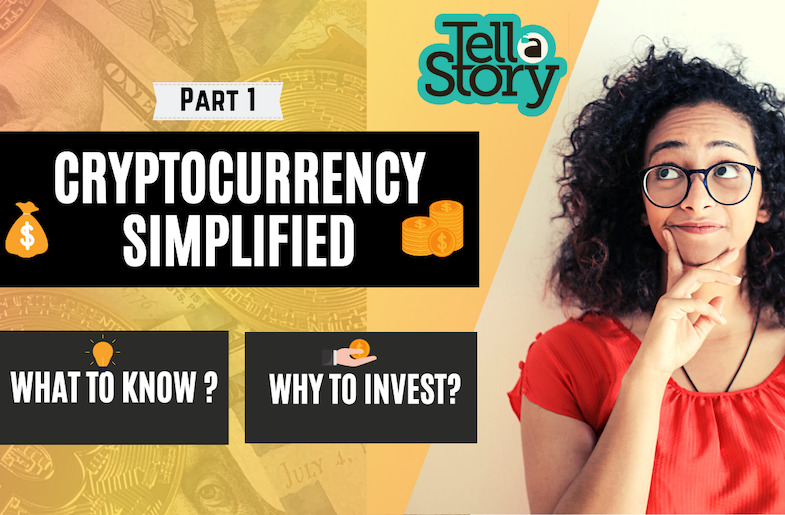 Cryptocurrency Boom: What To Know and Why To Invest?

Tell A Story – a column where riveting South Asian stories are presented like never before through unique video storytelling. There is a lot of buzz around C