All the lights in my home are off. The snow’s so deep I’m doing lunges in order to get to the door, my breath mimicking cigarette smoke, my fingers on the verge of frostbite.

I still the days are very dark, even though the days are already getting longer. Nothing better than a bit of candle light to brighten things up.

Ringing the bell, I remember how I used to slide down the hill whenever it snowed as a child, clad in a parka. My father, all bundled up in black puffy jackets, earmuffs and gloves would catch me, and bless his soul, agree to catch me one more time as I would trot up the hill. I’d look out into the horizon, admire how the Sun’s light hit the snow gently enough to let it be but strongly enough to let it glow.

I hear footsteps, a low murmur growing in intensity. The door opens and there’s my father’s wife, cigarette in her right hand as she pinches my chin with her left. Smoke rises and finds refuge in her brunette hair. She’s aged; the wrinkles on her face have settled into thin narrow lines embedded in her cheeks. I feel sorry for her. I look into her eyes, eyes that have seen death more than birth. She stares daggers into mine. I’m scared she might slam the door. But then, I notice my father slowly making his way towards the door, clutching a cane and smiling. My heart drops.

His pupils have managed to retain that distinctive mischievous twinkle I first recognized in my childhood. He moves her out of the way and takes my hand and leads me into the home.

The texture of his palm is rough, patchy; I wonder if he still takes care of himself.

“The power’s out,” Fatima announces, closing the door behind me. I spot a few candles burning in the foyer, dripping wax on the plates.

“Did you call the power company?” I want to know. We’re  in the living room now and my father, Baba, lays his cane down on the side of the burgundy sofa and sighs. After asking Fatima for a ginger ale, he shakes his head.

“I’ve been waiting for the right time to light those candles,” he says to me, winking. “You think I would pass up such a perfect opportunity?”

I’m quiet. For a while, we just study each other. I’ve gained a little weight. His hair is almost gone. There’s a tattoo on my upper arm. I notice his teeth, once as white as the clouds, have gone to shit; stained with tobacco, a strange brownish-yellow mixture.

“Beta,” he says this time, blowing his nose, taking the ginger ale from Fatima. “I didn’t realize you were coming.”

Sheepishly, I look down and mumble something incoherent. I feel small. Why didn’t I tell him? Would it have been that difficult? What’s wrong with me?

“I guess I just wanted to surprise you.”

“I’m surprised,” he retorts, not missing a beat.

The candles burn bright in the dark and I can feel my father’s soul shining brightly; proud, humble, innocent, even. And I cannot do anything about it. My soul—torn, berated, spit on and chewed up—isn’t worth hearing all of this. But I sit there and listen to him quell disbeliefs about certain things and strengthen my tastes towards others.

There’s a lull in the conversation—and for a second, I think he wants me to tell him where I’ve been. Why I left. Why mail addressed to me still comes to the house. Why I never stay for long. Why, in the dead of the night, when he is asleep and getting a little bit of peace in his life, I call from miles away using a phone booth and just breathe into the phone, listening to him say “is it you?” over and over again.

But, I’m wrong. He ignores the fact, pretends like it never happened. He’s old. Maybe his memory is warped—or maybe he just doesn’t care. Maybe he’s waiting for the right moment to make me feel worthless, abandoning a home at a time when it gave shelter to a sick mother, a grieving father and a lifetime of wealth.

I’m exploring the home, running my fingers along the walls, reminiscing on the days they knew nothing. With trepidation, I move towards my childhood room, once adorned with posters of musical icons worshipped in my adolescence, once a haven to old novels I wrote notes in and cherished: all the things I had left behind.

Opening the door to the room in which I thought of ending my life, in which I first recognized love, in which the sunset woke me daily through the window, in which I wept for my mother, in which I listened to music and danced, in which I rolled my first joint, in which I paced back and forth pondering countless topics, I am lost.

Before me is a utopia, a world which I have long abandoned. Today, the room is sparse, trickled down to nothing more than a mattress and a few random objects strewn about on the Persian rug. A janamaz sits in the corner, folded twice. I don’t remember any surahs. The walls have been robbed of their ornaments; some of the tape remains, meeting each other diagonally. But I can’t seem to discern it from my youth. I close my eyes and see where the record player was, where the book shelf was. I wish I could extract memories from the room. Collapsing on the mattress, my mind drifts.

Turning to lay on my back and stare at the ceiling, I remember hearing the arguments from my room as a child. Hearing the glass shatter, hearing the voices shout. I couldn’t forget the sheer terror I felt in my soul whenever it happened. Slowly, my eyes close themselves, as if they don’t want me to remember. It’s better to sleep, dream of a better life, envision an alternate reality.

A candle in the room, the sole source of light, burns before me and I wonder how long the power’s been out.

Then, I wonder if Baba’s even able to pay the bill. Part of me wants to find out, part of me wants to leave the money somewhere in plain sight, part of me wants to grab my steely black suitcase and leave in the middle of the night with nothing gained but melancholia.
The flame flickers, taunting me, and I rise from the bed, walk over to the candle and crouch down right in front of it, my eyes drawn to the ember and my nose drawn to the scent. I can’t remember the last time I lit a candle.

My gaze transfixed on the light, I’m back in the sixth grade, my mother crooning old family lullabies to me and telling me that middle school won’t be that bad, that when she was in middle school she loved it, caressing my forehead with a gentle touch and kissing it afterwards, leaving a glass of warm milk by my side. Before she left, she would always say that it’s okay to feel small sometimes, that it humbles you. I hesitate—my mother’s face flashes in my mind—and I blow the candle out. I’m submerged in darkness, somewhat shocked by how therapeutic it feels and, oddly enough and with much resignation—I’ve never felt smaller.

Mustafa Abubaker is a writer living in Atlanta, Georgia. He is the author of The Surrogate as well as the 2011 YoungArts Merit Award Recipient for Novel Writing. Mustafa has contributed to Complex, Wine & Bowties, The Aerogram, Pigeons & Planes, The Liner, Khabar, Loose Change and more. You may read his work at www.mustafaabubaker.com.

Judges’ Comments:
We admired “Light” for the fine focus and immediacy of its language.  There’s a great deal of emotional depth in this glimpse of a life; perhaps what was most moving about the story was all that remained unsaid between father and prodigal son.

This year’s judges were Tania James and Amit Majmudar.

Tania James is the author of a novel, Atlas of Unknowns. Her most recent book is Aerogrammes and Other Stories, which was named a Best Book of the Year by The San Francisco Chronicle, Kirkus Reviews, and Library Journal, as well as a New York Times Editor’s Choice.

Amit Majmudar is a novelist, poet, and diagnostic nuclear radiologist and was a Katha Short Story contest winner himself for two years in a row. His first novel, Partitions, and two poetry collections were published to wide acclaim. His most recent novel is The Abundance. Visit www.amitmajmudar.com for details. 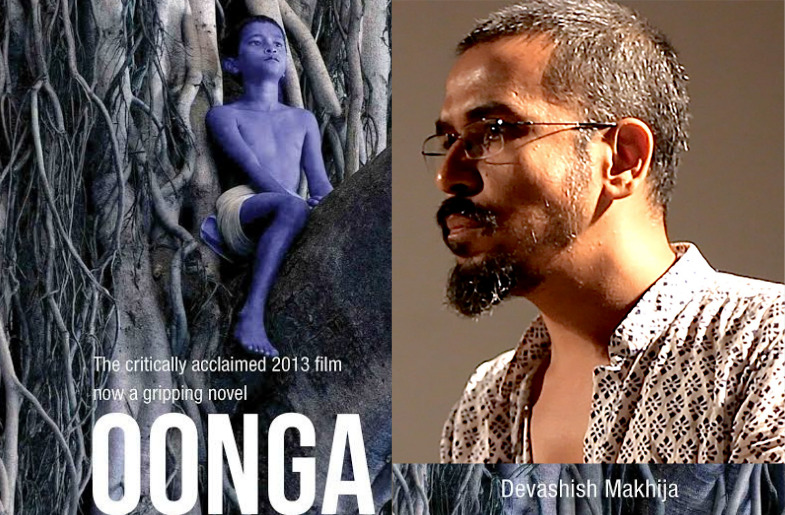