As families celebrated Father’s Day in June, I was reminded that a month ago when moms were being feted, some dads were playing true to type – and not the kosher kind.

On Mother’s Day my WhatsApp group chats were overflowing with fulsome messages from male high-school friends who were paying tributes to motherhood and to schoolmates who were mothers.

Messages ranged from simple salutations like ‘Happy Mother’s Day to all the lovely moms in this group,’ to warm, fuzzy images of new moms holding babies.

The very next day, the same Whatsapp chats were overflowing with contradictory comments; ‘Party over, back to the kitchen ladies!’ and clever little jokes about ‘witches going back to their brooms.’  I must confess some were funny and made me laugh.

But without exception all these comments were offensive to women.

In India I went to a small, progressive high school with a small, somewhat homogenous student body. Many of my schoolmates, though well-intentioned, came from relatively conservative and old-fashioned families. In our class of forty, perhaps just two mothers drove their own cars and maybe three mothers worked outside the home.

Given this context, I put the whole Mother’s Day kerfuffle down to ignorance or lack of exposure and moved on.  Over time, I thought to myself, as the younger generation gets more educated and aware, things will change.

But the COVID crisis revealed some uncomfortable truths.

As families were forced to quarantine and share close quarters as well as household chores, I began to realize how deep and enduring the sex-based biases are.

My Whatsapp chats closely mirrored the reality of real life between men and women, roles and expectations.

There were the usual jokes about men being imprisoned with their wives and corporate big-wigs being stuck washing dishes.   And yes, they had a comedic element and ought to have been taken with a pinch (or mountain) of salt. But nonetheless, the comments struck a nerve, especially as women have long borne the greater burden of child rearing and housework, even in so-called equitable societies.

Many of my liberal friends who went to college with me have competed head-to-head with women, fully respecting their talents and abilities. They have been nothing but supportive of their wives having an independent career and life and have raised their girls and boys to be equally empowered.

And yet the same open-minded individuals posted artless comments that left me wondering about unconscious biases.  Several complained about helping with household chores that were now a big part of their daily routine. Arguably, in many of these households, couples are taking on responsibilities that usually are left to their domestic help who are now sheltering at home themselves, and who normally are a luxury taken very much for granted.

But the underlying assumption was clear – household chores were the wife’s responsibility; the husband was only expected to help when he could (even though both spouses had equally demanding jobs), and they were all uniformly proud about being great husbands.

Closer to home here in New York, my ex-husband was visiting our children at my house and started offering me tips on loading the dishwasher – he said he had picked them up from ‘years of experience’ loading that particular appliance.  I was fully cognizant of his dishwashing skills during the course of our marriage and asked how he came by that expertise.  His response – he had done a lot of thinking about the matter (unlike me), while doing the loading during the lockdown, ‘over five days!’

In another astounding episode, a friend who is a longstanding human rights activist and a self-declared feminist, announced on a webinar about the impact of COVID-19, that while he appreciates the many men who have stepped up to help their wives at home, corporations should do more to support the women in remote working environments, as they are primarily responsible for the household.

He meant well I suppose, but his assumption left me absolutely shocked.  Even as COVID upends roles and responsibilities at home, why is the basic presumption that domestic work is a woman’s job?

This is a man who looks after his own home and cooks for his family. He is fiercely proud of being married to an independent woman who is a highly placed corporate professional.  Coming from a man who sees himself as sophisticated feminist, I expected differently.

Perhaps deep-seated biases are embedded in our cultural DNA. It made me wonder – will things ever really change?

While society seems to have moved forward when it comes to equality between the sexes in the household, some men who espouse liberal views appear to remain fundamentally sexist when gender roles are disrupted, especially in a crisis like this one.

But then, something extraordinary happened.  Recently I was helping a male friend ‘G,’ with a home renovation project. The building contractor was dismissive of me and flatly refused to answer my questions unless G asked them. He was extremely responsive and respectful to G.

I asked G to deal with it.  He looked straight at me and said “why do you need me to talk to him?  You have straightened out dozens of people in your life who have been disrespectful.  Give him a piece of your mind – you are no victim.”

So I did exactly that.  I told the builder that I liked his ideas and budget but his attitude made me hesitate.  If we were to work together, he had to learn to cooperate with me or he was not getting the project.  It took seconds to assert myself and for the builder to reset his attitude, and after that the project went on smoothly

In the face of deep rooted sexist biases women need to move the needle by asserting ourselves and being firm and direct. The pandemic has created an imbalance in what may have been a level playing field for some but it’s also presented an opportunity to reset our roles and expectations.

I am used to asserting my position in professional settings but this casual incident was a revelation. As a woman, had I absorbed the same biases myself? It’s not always easy to combat sexism in one’s inner circle, whether it appears in schoolmates, my contractor, my feminist friend or my ex-husband. But it’s important to command respect in all settings in life.

We must take a stand and stick to our guns – not wait for someone else to do it for us.

Svati K.S. writes about gender inequities and works in the legal field. 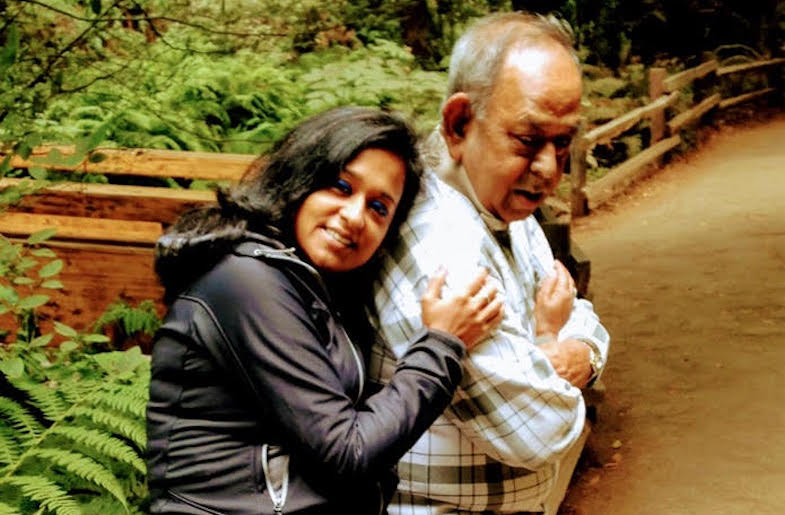 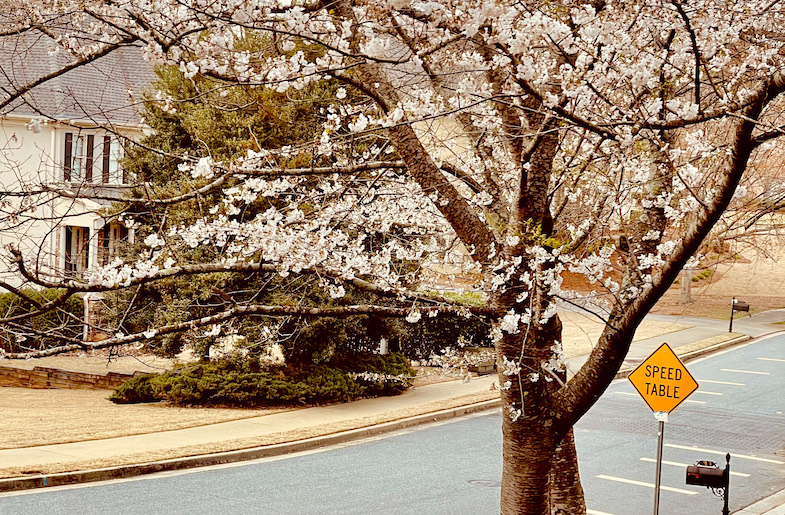 A Glance at the Raining Flowers, Away From My AP Lecture

Rain is a metaphor in many books and movies. It signifies a baptism, a cleansing, a change. It is said to smell like a thousand different things: roses, grass,