Technology is one of the great factors driving our lives. Google gives us the ability to search for things that we need and Amazon finds and delivers them. We watch movies on Netflix, and take Lyft to the airport. Elon Musk and China are determined to make gas stations a relic of the past. Technological change ensures higher productivity and hence lower costs and greater efficiency. As a result technology stocks have become stock market darlings.

FAANG, an acronym given to the stock market’s highfliers (Facebook, Apple, Amazon, Netflix, and Google) accounted for more than a quarter of the S&P 500’s gains through July 2017 according to MarketWatch.com.

The Great Recession seems like a distant memory. Have we reached that perfect blend of economic expansion, low inflation, and technological innovation that will put us on the path to stock market nirvana? Let us consider three important factors before we jump to any conclusions:

Valuation
According to the Shiller PE Ratio, created by the Nobel prize winning economist Robert Shiller, which looks at how expensive the market is relative to its cyclically-adjusted earnings, the US stock market is now more expensive than it has ever been since data for this ratio has been available (since 1881), except for the Nasdaq bubble in the late 1990s. The ratio stands at 31.53 (you now pay 31 times the earnings of underlying stocks to buy them). The long-term average of this ratio is 16.80 and it reached a peak of 44.19 in December 1999. Buying stocks at current levels suggests that, in order to eke out any meaningful gains, you are hoping that stocks will enter bubble territory. And we all know how bubbles end.

Some argue that given the weight of information technology in the S&P500 index (the FAANG stocks account for about 11%), and given that these stocks have high growth potential, today’s PE ratio is not strictly comparable to history, when the share of IT was a lot lower. In a well-researched article, Anna Chetoukhina and Rick Friedman of GMO demonstrate that, even after accounting for the increased weight of the IT sector and its tendency to trade at higher multiples, the S&P 500 remains overvalued.

Earnings
For those who are bullish on the market, US corporate earnings growth provides the greatest support. The American economy continues to be one of the bright spots in the industrialized world with its combination of modest growth, low umemployment,  and low inflation. However, if you believe that PE ratios will revert to their long-term average, companies have to grow at a much faster rate and at a sustained pace in order to justify their current valuation levels.

Government Policy
The stock market greeted the Trump administration with great fanfare. A troika of policies—infrastructure spending, deregulation, and tax reform were expected to give a boost to economic growth.

At this point, the planned $1 trillion infrastructure spend remains elusive. According to The Economist, while it can be argued that there are fewer rules in place now, the economic benefits of deregulation are unclear. Some reversals, such as rolling back EPA provisions, while saving costs also give up substantial benefits. This leads business to rely on much-awaited tax reform which continues to face an uncertain future.

Against this backdrop, here are some tips on investing.

Tips For Investing
. US market exposure should be tempered by exposure to emerging markets for diversification and growth.
. Given the history of high equity returns over the past decade, expect lower returns going forward.
. Exposure to income-producing real estate can boost your returns.
. The 10-year US treasury bond yields 2.3%. If you bought and held it to maturity, that is the return you should expect.
. Invest for the long-term. This horizon smoothens out short-term volatility.
. Investing in passive strategies (index funds, ETFs) makes sense if you cannot pick market-beating stocks. Very few professional investors do so either; the share of passive investments has grown to 41% according to Jack Bogle, founder of Vanguard.
. Guard against your own biases. Nobel winner in economics, Richard Thaler warns that individuals consistently make irrational decisions when it comes to economic behavior.
. Stick to what you know—it is ok to miss the potential 40% upside on Bitcoin if you do not understand it.
. Ignore the predictions of Wall Street pundits—their incentives are not aligned with yours. Read their analyses and form your own opinions.
. If you don’t have the ability/time to invest, seek the help of an adviser.
Financial wealth is only one measure of your overall wealth. As you enjoy the holidays, do not forget to hold your true wealth close to you. Here’s wishing everyone a Happy New Year!

Prabhu Palani is the founder of Tresses Capital.

Business, Slider - Latest How to Secure Your Startup Properly

Articles, Business, Slider - Latest They Found A Way To Say I Do

There are multiple reasons for the apparent e-commerce boom occurring worldwide. The rise in the use of mobile devices is effectively the biggest enabler. Buyin

The sixth and final round of the California Small Business COVID-19 Relief Grant Program opens April 28-May 4, 2021. The program is funded by the State of Calif 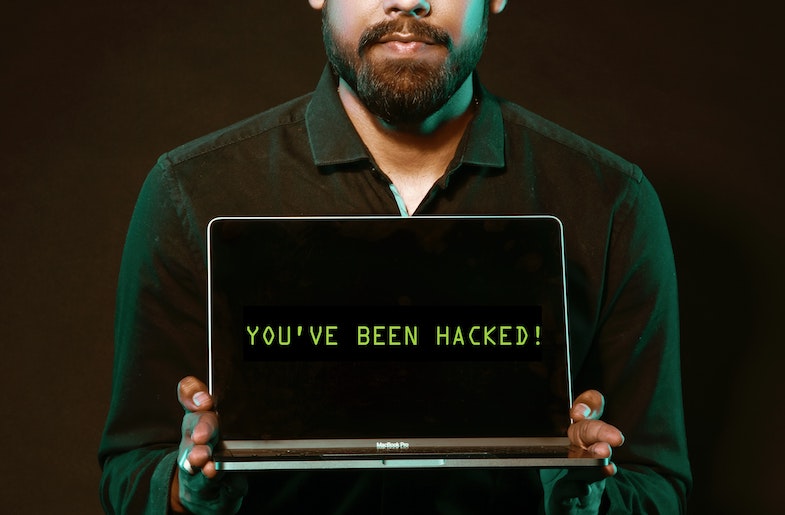 How to Secure Your Startup Properly

It’s always hard to set up a new business. And it’s even harder to do so successfully in the middle of a pandemic.  According to TechCrunch, in the current