In her first novel, Nilita Vachani, émigré filmmaker and one-time assistant to director Mira Nair, covers more ground than many military conflicts would hope to claim. Vachani tackles three generations of intermingled families while painting the adversaries of the 1965 Indo-Pakistani War as having subscribed to political and media biases. They issue murky declarations of victory based on a patriotic need to keep the opposition’s story unbalanced and the home team cheering. In short, Vachani has posed the question of truth in war while searching for truth in the conflicts between family members.

In her nonlinear telling of the story, Vachani presents a multitude of characters and situations. Vachani doesn’t begin to connect the dots until she approaches the midpoint of the novel; she offers a near-tedious telling until the pay-off strikes the reader squarely and leaves no choice but to follow through to the conclusion. Told primarily through the memories of Sweta, a melancholy, overweight, bewildered girl who grows up in the shadow of her mismatched grandparents,

HomeSpun first introduces us to a highly dysfunctional family. Sweta, who adores her Gandhi-following nanaji, can’t understand why her appearance-oriented and class-conscious naneeji is unhappy with her life. Certainly a kind, generous, and high-principled husband who was a freedom fighter would make any woman proud; however, pride comes in many forms, as Sweta will learn over the course of her life.

Woven around the Sweta-Nanaji-Naneeji story are several other characters, all of which are introduced and re-introduced without proper emphasis. B.L. Ahuja, a Hindi film producer, is the focus of too much attention when later weighed against his character’s importance to the overall picture. It is Ahuja’s protégé, however, whose meteoric rise in the Hindi film industry finally takes the spotlight away from him.

Young Ronu—known professionally and accidentally as “Master Bunty”—loses his child star status when he turns nine, although his past fame will haunt him for the rest of his life. As a young man, Ronu falls in love with an intriguing girl named Anu, and he makes an ill-fated decision to appease his father by joining the armed forces. Unable to live up to his promises to Anu regarding marriage, Ronu receives a “Dear John” letter, which leads him to agree to the arranged marriage he feels will please his parents.

Anu eventually propels herself into investigative war reporting as a method of crawling away from the funk of a failed marriage. Her goal is to discover the truth about air force casualties suffered during the 1965 Indo-Pakistani War (i.e. the realities of war reporting practices and of war statistics). What she learns is shocking, but not unreasonable, given modern warfare tactics and information synthesizing.

Behind all of the stories is Sweta’s mother, a seemingly self-centered woman who makes choices based upon her own welfare rather than her daughter’s. Neena is a mother who never finds a way to care for her daughter herself, but who eventually manages to explain the complexity of her own life and the lives of other characters.

There isn’t a great deal of happiness or love in HomeSpun, but there are moments of humor and tenderness. The most homespun and genuine relationship is between Sweta and Nanaji, who make the most of their time together and share simple joys.

The collision of all the stories is the real prize, but if instant absorption into a novel is the goal, this is not a book that will fill that need. Be prepared for a lengthy and meandering introduction before pieces begin to make sense and fall into place. Without a doubt, each story is worthy of telling in its place, and the characters are unquestionably well drawn and differentiated. The problem lies with the inordinate time devoted to less important characters and stories that detract from the direction of the novel.

Despite the novel’s flaws, HomeSpun is a fascinating read. It pits typical Indian traditions, values, and beliefs against the atypical in an attempt to record the decades that led to the tremendous changes and tensions that now permeate the subcontinent. Vachani’s debut poses moral questions about families and about warfare that are as relevant today as they were decades ago. 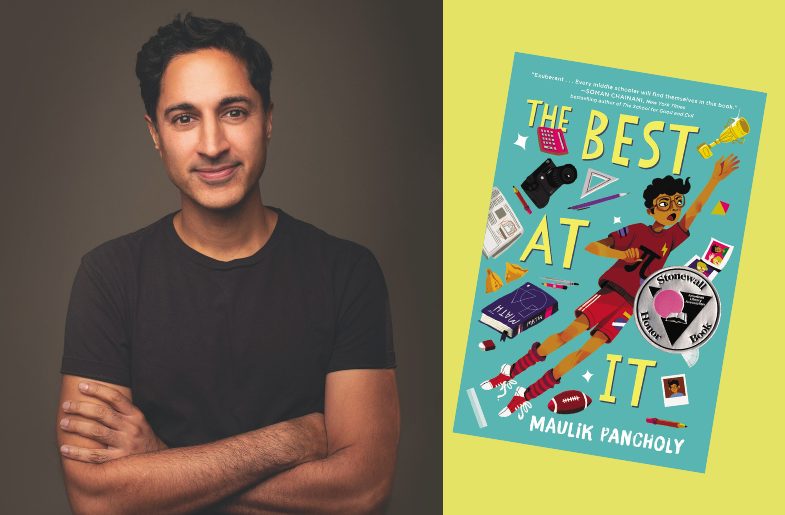