The Guru or teacher has always been a hallowed concept for the Indian subcontinent. A teacher is respected as the moral compass of the community, and responsible for the accurate enlightenment of the general population, in Hindu society.

The key term here is responsible. Teachers, or academics, are responsible to their students to ensure their work is accurate, free of overt bias, and open to corrections when not. So what do Hindu students do when faced with teachers who don’t?

These standards have not been met when discussing the case surrounding some American Indologists and their study of the Hindu religion. As a community, we must recognize that irrational prejudice against the Hindu community is a definitive problem within vast swaths of Western academia. Scholars have allowed their personal beliefs against Hinduism to influence their work, leading to the crude misrepresentation of the Hindu community in academic circles. In order to evade responsibility for their Hinduphobic content, Indologists have labeled protest from the Hindu community as “Extremism” or a “Hindutva conspiracy.” Not only have student protests been ignored, but pleas from religious organizations and temples have been declined as well.

Last month, a coalition of 75 Hindu temples and religious organizations sent a letter to Rutgers University regarding the biased works of Professor Audrey Truschke. Truschke had previously misattributed the works of another scholar, to claim that the original Valmiki Ramayan had a quote where Devi Sita abuses Bhagwan Rama – something that was swiftly contradicted by the academic she was quoting. The temple letter stands in solidarity with the students, and states that the coalition “could not help but feel intensely hurt and abused when a Professor uses her authority and deliberately misinterprets Hindu sacred texts or slanders Hindu deities while rationalizing such behavior as “academic freedom.”

American Indologists are allowed to publish these works under the guise of academic freedom. But what does “academic freedom” mean when used as a cover to protect action that puts vulnerable students at risk? According to the Freedom Forum Institute, academic freedom allows a university to teach what it pleases without government interference and for teachers to teach without interference from university officials. Nowhere does it deny students (vulnerable to the power yielded by tenured academics), and minority communities, their own free speech rights to peacefully protest.

The temples state, “Bigotry and Hinduphobia on social media and in scholarship cannot be excused as academic freedom, especially when these remarks have grave consequences for how Hindu students at Rutgers will be perceived by their own peers.”  As a student who faced discrimination due to the misrepresentation of Hinduism in California textbooks, I cannot state the importance of these words enough. In California, kids as young as sixth grade had to face discrimination due to how schools taught Hinduism. In 2016, a significant advocacy movement led by Hindus in California paved the way for positive change. Similarly, the temple letter represents an effort from the broader Hindu American community to stand against systematic discrimination – making it invaluable support to students dealing with bias that results from Hinduphobic teachings.

For years American Indologists have ignored these pleas and petitions for correction or even a hearing. Any student, parent, scholar, or even an academic with an opposing view has been ignored. All this while those misattribute quotes or fake translations, choose to put out claims that they are facing “harassment”.

On the morning of July 6th, 2021, just days after the collective plea from Hindu temples, the SASAC, or the South Asian Scholars Activist Collective, released a statement regarding their “harassment.” The report included the “Hindutva Harassment Manual,” or tips for those who had been harassed by “Hindutva extremists.” The SASAC comprises Indology scholars across the United States and has Truschke on its board.

In its attempt to gaslight Hindus, the manual has some glaring flaws. The most important one being its definition of Hinduphobia, which in fact, denies the very existence of such a term. The manual says, “Hinduphobia” rests on the false notion that Hindus have faced systematic oppression throughout history and in present times… Anti-Hindu bias, on the other hand, cannot be easily linked to casualties on such horrific scales.”

The SASAC academics are scholars with countless resources at their command. So one has to wonder at the ease with which they ignore Hindu persecution. This amnesia includes the 1971 Bengali Hindu genocide — the largest the world has seen since the Holocaust, whose horrors documented in numerous US State Government reports, by no less an icon than Senator Kennedy. The cleansing of Kashmiri Hindus and even the decimation of Hindu minorities in Pakistan, Bangladesh, and Afghanistan are blithely ignored in this attempted body count of casualties.

Barely after I had finished writing this article, I learned about another outrage. A cabal of Indologists has put together the “Dismantling Global Hindutva” conference which is an overtly political attempt to malign the religion of Hinduism under the guise of “fighting Hindu extremism.” They have done so without taking the input of the Hindu diaspora or representing them in any way. Many of the universities affiliated with the conference are unaware of such a politically motivated conference occurring, underlining the lengths that the academics behind the conference will go to in order to perpetrate their hate. To join the protest against this bigoted event, please read this petition.

The SASAC’s denial of Hinduphobia has a simple purpose; to deflect from their wrongdoing, and importantly, silence any protest regarding their works – no matter how legitimate – by ascribing them all to Hindu extremism.

In doing this, the SASAC breaches a fundamental pillar. As Professor Arvind Sharma puts it, as academia is allowed to criticize the practices of a population freely, it is the fundamental right of the people in question to critique academia. Attempting to take away that right by removing their sense of accountability as an academic allows others to discriminate against the community in question. The standard set by today’s intellectuals will determine the way the American curriculum will teach future generations about Hinduism.

The price of staying quiet is high and borne by the most vulnerable. Just hear the words of Aishwarya, a graduate student “I joined Rutgers with the impression that it’s a very reputed university and will give me the perfect environment to grow. However, when I heard the comments of Professor Truschke about my faith, my scriptures, and my Gods, it broke my confidence. I felt scared about mentioning my faith, that students will judge me and might hate me because that is what they are learning in the class or on social media.” It behooves us all to stand with Aishvarya and help her feel safe.

Chinmaya is a CoHNA volunteer and student journalist with a passion for Hindu human rights and politics.

Opinion You Can Marry Anyone You Like, But Just Not A Muslim!

Opinion Independence without Interdependence and Dependability?

Bay Area Centric, Opinion, With Irreverence Towards All You’re Going to Kill Us All. Stop Preaching Anti-Vax Behavior!

I am a Hindu. I stand against ‘Hindutva’.

A few days ago, I received a frantic message from a close friend who implored me to write an email in support of an initiative to call for the cancelation of an 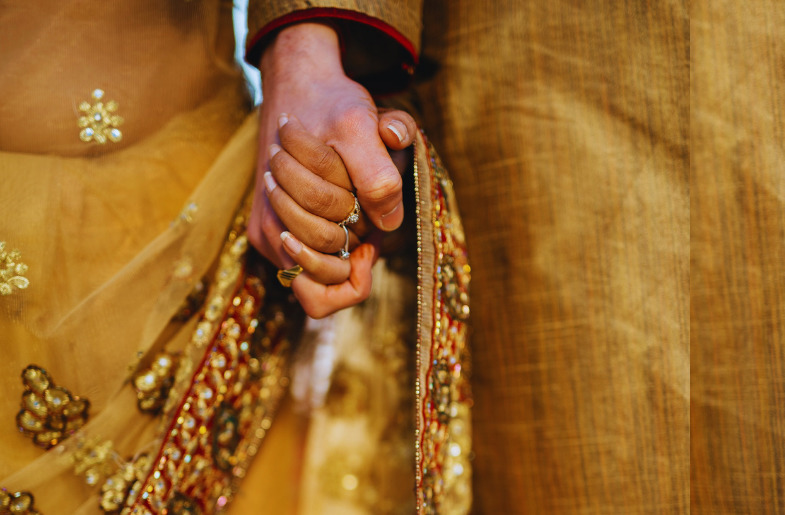 You Can Marry Anyone You Like, But Just Not A Muslim!

“You can marry anyone you like, but just not a Muslim.” These divisive words are heard by many young Hindu-Americans over the dinner table, even today. Alth