There are enormous disparities in the COVID vaccination rate – from state to state, county to county, and community to community. Why is it that when the vaccine is so readily available in this country, so much so that President Biden has promised to send a whole lot (5 million doses) overseas, that states and cities are resorting to lotteries and wild incentives to “sell” the COVID vaccine to their constituents?

President Biden has set a target to have 70% of adults vaccinated with at least one dose by July 4th.  But as we near that date, it is becoming increasingly evident that goal might not be achievable.  To date, 62.8% of American adults have already received at least one dose of the vaccine but the vaccine intake rates have dropped precipitously in the past few weeks, especially in rural America.  That leaves many of those communities grappling with an imperfect pandemic endgame.

Who has got vaccinated and who has not?  It seems easy and almost lazy to just assume that anyone who has not been vaccinated is just an anti-vaxxer because of mistrust, political leanings or mis-information. Some people are busy with multiple jobs, or they procrastinate, or they’re worried about side effects. But that does not tell the whole story.

“According to a new U.S. census estimate, some 30 million American adults who are open to getting a coronavirus vaccine have not managed to actually do so.”  It’s an access issue and an accountability one as well for the government, says Amy Harmon, a national correspondent for The New York Times at the USC Center for Health Journalism webinar titled “The Vaccine Tipping Point”.

To the 30 million Americans who want to get vaccinated but have not, due a myriad reasons – access is key.  My gardener Joel is emblematic of many such cases.  I live in Santa Clara county in California where 79% of residents aged 12 and over have had at least one dose of the vaccine.  But Joel only got his first dose this week.  When I asked him why, he said that he was busy working from 8 to 7, 6 days a week and receiving physical therapy when he could, for a recent auto accident.  He just couldn’t make the time to get vaccinated.

This is true for many of the 30 million Americans captured in the Census data.  They are just busy with multiple jobs, and if the vaccine center is not on their way to work and back, it may not get prioritized.

This scenario is exacerbated if you live in a rural part of the country according to Katheryn Houghton who serves as Montana correspondent for Kaiser Health News.  Travel is a real issue in rural America where public transportation is not available.  Folks need a car, gas money and time off from work in order to get to a vaccination site.   Also, smaller health departments mean less staff to get the information out and take care of their community.

Don’t tell me what to do

“Getting the Pfizer vaccine is a tricky business in rural America not just because of the cold storage issues, but the amount of doses the Pfizer vaccine comes in.  The minimum amounts can be bigger than the communities that are trying to get vaccinated.”   This makes it trickier to reach younger populations as well because Pfizer is the only one vaccine that is approved for that age group.  Houghton says “there are a lot of complications overlapping with distrust of government or distrust of a health system that has been unfair to them in the past”.  A “don’t tell me what to do” attitude does not help either.

“Covid vaccine was the next step of the kind of the tension that this community has felt over the last year.  This is a place where even the county board of health was a split vote on whether to pass mask mandates, where they did not even limit crowd sizes during the county’s largest covid outbreaks,” says Houghton.

The CDC tracks the Social Vulnerability Index – which refers to resilience, or the ability to “bounce back” when confronted by external stresses on human health, natural or human-caused disasters or disease outbreaks. As expected, communities with the highest Social Vulnerabilities have the lowest vaccination rates.  Historically, these are communities of color, and vaccine hesitancy in these communities are sensitive to different kinds of interventions due to historical reasons of distrusting the medical establishment.

To increase the access to all Americans who want the vaccine but have not been able to, the Biden administration has unleashed a slew of strategies declaring June a “national month of action” including partnering with childcare providers, pharmacies, universities, and radio stations.

To help meet the national goal by the 4th of July –  government leaders, corporations and others are also pushing to keep the momentum going with giveaways for free cash, donuts, beer, guns, fries, hotdogs, sporting tickets, scholarships and even millions of dollars in lotteries. Will it work? Will it be the tipping point to move Americans who are reluctant or hesitant?  Behavioral scientists are waiting to find out.

Early in the vaccine deployment cycle, behavioral scientists and public health officials were skeptical if incentives would work.  Dr. Alison Buttenheim, an associate professor of nursing and health policy at the University of Pennsylvania School of Nursing, was afraid that “If you have to pay me, it must not be a very good or safe vaccine” was the thought going through the minds of Americans who were hesitant, especially those afraid of side effects.  They were also concerned that it was financially inefficient to pay everyone to get a vaccine.  The government has to do a better job “meeting people where they are – both attitudenly and physically,” she adds.

Public health officials in rural Montana on the other hand did not want to offer incentives because they did not want it to look like propaganda and to be accused of trying to manipulate people. They were concerned that it might trigger more of a backlash.

But in the last few weeks, there has been an explosion of incentives with Ohio and California leading the charge with million dollar sweepstakes.  California’s “Vax for the Win” drive is a contest open to everyone over age 12 who has had at least one dose of the vaccine and on June 15, the state will announce 10 winners of $1.5 million cash prizes.

But Dr. Buttenheim says that Philadelphia is trying a different strategy called “Philly Vax,” using what scientists call “anticipated regret” to nudge more folks towards vaccination.  In this regret aversion lottery – you can get your name pulled out of a hat even if you are not vaccinated but you have to be vaccinated to win.  Scientific studies show that “anticipated regret” is very motivating. The results will be telling when comparing Philadelphia with other cities and states where only the vaccinated are eligible to participate.

So, why does the lottery work better than a beer for everyone?  The “small chance of a big prize versus the fixed payment for everybody of an equal expected value” is more motivating, says  Dr. Buttenheim. As states like Ohio have found out, you can do a lot more with a lot less money with a lottery based incentive.  The amount of publicity that was garnered by announcing the lottery was worth a whole lot more than the cost of paying out the lottery.

It’s a win-win if the vaccination numbers increase.

The question is, as the next vaccine or a booster for the current COVID vaccine rolls out, will people only respond to prizes and incentives? That is a real danger of motivation crowdout, says Dr. Buttenheim, that when we provide people an incentive for something, it could reduce their intrinsic motivation to participate in the future.

Only the future will tell.

Anjana Nagarajan-Butaney is a producer at DesiCollective. A Bay Area resident with experience in educational non-profits, community building, networking, and content development and was Community Director for an online platform, Anjana is interested in how to strengthen communities by building connections to politics, science & technology, gender equality and public education.

Health, Health & Wellness, Mahi Wants You Healthy and Happy Everything You Need to Know About the Pfizer Vaccine 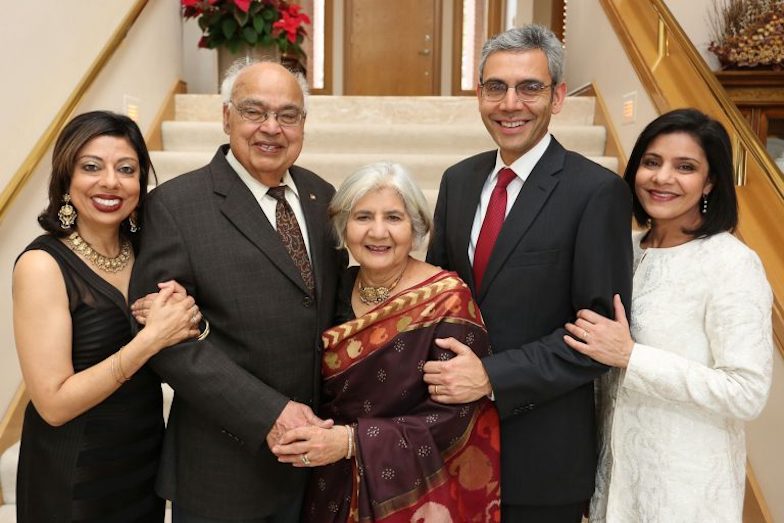 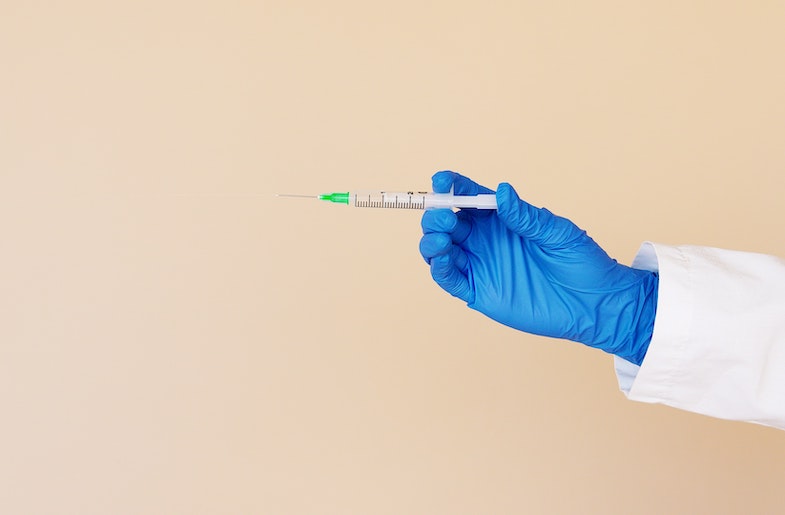 Everything You Need to Know About the Pfizer Vaccine

Mahi Wants You Healthy and Happy – A column using science to focus on physical health and myths associated with disease.  On December 11, 2020, the U.S. Foo 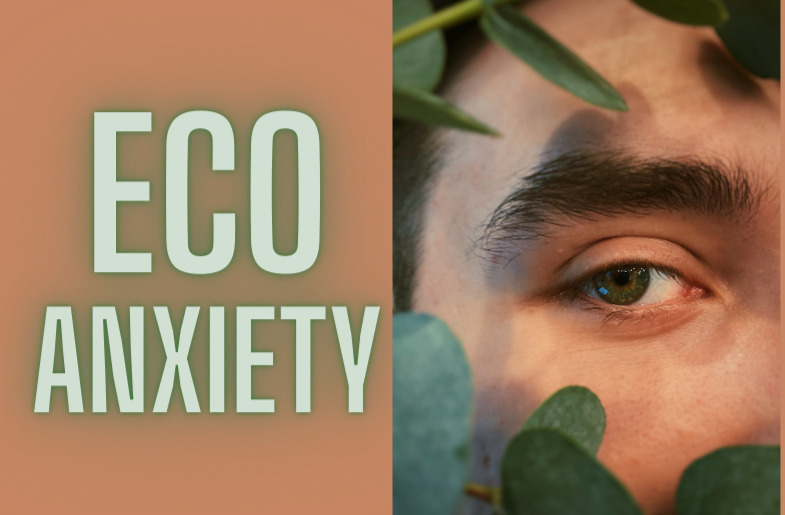