If there was one thing my parents wanted from their eldest son, it was that he grow up with a strong Hindu faith. They sent me to “temple camp” each summer to learn about meditation and to read the Bhagavad Geeta. I was raised a strict vegetarian, despite the carnivorous cuisine of my hometown of Roanoke, Virginia. We recited slokas and bhajans before every meal well into my high school days. I still played football and wrestled because I wanted to lead a normal high school life, but my parents insisted that my religious and cultural heritage should be the basis of my identity.

Despite their efforts, one of my parents’ worst fears came true. I brought home a series of pamphlets, sat down and told them, “I want to join the Army. I want to go to West Point.” Their faces remained calm and composed, but I saw a hint of confusion in their eyes. How could I join the military after being blessed with such a wonderful faith? Had I not learned anything from our traditions of non-violence and introspection? I tactfully pointed out that Hinduism is not only about non-violence, but also about standing up for what is right. I even brought up the premise of the Bhagavad Geeta: “Don’t you remember when Arjuna sat on his chariot, debating whether or not to go to war against those of his own blood? Lord Krishna insisted that Arjuna conquer his fears of battle with his family and perform his duty because it was the right thing to do.” After several weeks of deliberation I finally received my parents’ blessing to attend West Point, on the one condition that I remain a vegetarian.

My years here at West Point have been filled with hardship and exciting new experiences: Basic Training, commanding 125 soldiers in my company, and training in Egypt, Tunisia, and Korea. The best part is that I have been able to do it all without abandoning my identity as a Hindu. To my great surprise, I found I had never entered a society more accepting of my faith than the military. Both soldiers and officers seem to understand that a key purpose of their sacrifice is to defend my right to practice comfortably whichever religion I choose. They understand that to alienate people based on racial or religious differences is to diminish a unit’s integrity and trust: two qualities essential to success in military operations. For this, the Army has made my faith stronger than ever.

Seeing what dangers lie ahead inspired many of my fellow cadets, who were never religious at home, to give faith a chance. Likewise, I decided that if I wanted to understand my faith and my heritage to the fullest extent, there was no better time to start than at West Point. I began reading the Geeta and reciting the same prayers my mother had taught me in our kitchen over 15 years earlier. My limited knowledge of Hinduism did not prevent me from finding peace and confidence in myself, as well as solace and determination. Most importantly, for the first time in my life, I was secure in my faith and proud of my religion.

One of the most rewarding parts of my education has been speaking with the battle-hardened soldiers returning from Iraq and Afghanistan after multiple tours of duty. They are mainly Specialists, Corporals, and Privates, many of whom are younger than me. They have shared stories of improvised explosive devices and the casualties incurred on deployments. Close quarters combat is a sobering thought, but these challenges abroad are where our soldiers and officers are headed. Their stories made me think of the thousands of Iraqi civilians who are living with only a small fraction of the sustenance I take for granted every day. If my faith had taught me anything, it was to take action when I see a problem. I knew there had to be a creative solution to solving the Iraqi humanitarian crisis.

In August 2006, I began my junior year at West Point. This also happened to be a significantly dangerous period for soldiers in Iraq, in that the daily frequency of attacks had been rising for sometime. After a summer of training with line units, I suddenly realized that I would soon be serving as a combat leader in Iraq or Afghanistan. Yet, as a West Point cadet, the majority of my military training is geared towards engaging enemies in combat and destroying their assets. I quickly began to see that if we maintained such a narrow mission focus without humanitarian considerations, we would never successfully stabilize Iraq.

I began a dialogue with a friend at Harvard University, Tin-Yun Ho, who I had met at a Model United Nations Conference some years earlier. We researched the issue of humanitarian development in Iraq and found that there are actually several NGOs and non-profit organizations that operate in Iraq. However, without organic security resources, they are often limited to only the safest parts of Iraq, or may only travel with a coordinated security detail. Military units, by contrast, are scattered throughout the entire country. Unfortunately, the logistical supply chains of the Army and Marine Corps are so strained with operational requirements, humanitarian assistance for Iraqis often becomes only of secondary priority.

As the problem became clearer to us, so did the solution. Tin-Yun and I set out to create a network that would connect soldiers in Iraq with non-profit organizations in the United States, with the goal of meeting the humanitarian needs of the Iraqi people. Our project took the form of www.BeyondOrders.org: helping soldiers go beyond the call of duty for the Iraqi people.

Our organization supports Iraqi reconstruction by connecting non-profit organizations in the U.S. with soldiers in Iraq who can identify the greatest needs of the communities they patrol. When a soldier in Iraq notices a significant need in an Iraqi community, he can go to BeyondOrders.org to upload his request. Then, a group of non-profit organizations in the U.S. checks their inventories for the requested items and ships the order to the soldier’s APO address for distribution.

To date, BeyondOrders has made over 100 deliveries to Iraq. Donations include everything from medical supplies and school supplies, to soccer balls, shoes, and jerseys. As the requests from units in Iraq grow increasingly diverse, our team has had to adapt the project to allow for more flexible donations. Currently, we are working on harnessing the power of individual donors. We have set up a method through which individuals, rather than donating huge shipments of goods, can donate funds that go towards helping soldiers obtain their requested items.

The idea of “winning the hearts and minds” of the Iraqi people often becomes cliché when discussing counter-insurgency or counter-terrorist operations, yet the importance of doing so is rarely contested. I suppose some may argue that democracy and freedom just will not work in an Arab country. Then again, many people said that a devout Indian Hindu would never mesh with the American Army.

My time with the military has taught me that bridging vast cultural gaps takes more than a diplomatic smile. It requires a commitment to change and compromise. I committed to changing and compromising certain aspects of my traditional Indian lifestyle to adapt to that of a military officer, and the result has been the most rewarding academic and professional experience of my life. The question is not if we have the fortitude to hold on to our core values. The question is whether we are secure enough in our values that we can learn to accept those of another society.

Rajiv Sriram Srinivasan is a Senior at the U.S. Military Academy at West Point. He will graduate in 2008 and will commission as an Armor Officer in the U.S. Army. Rajiv is the co-founder of www.beyondorders.org, a website that connects soldiers and NGOs in order to bring humanitarian aid to Iraq. 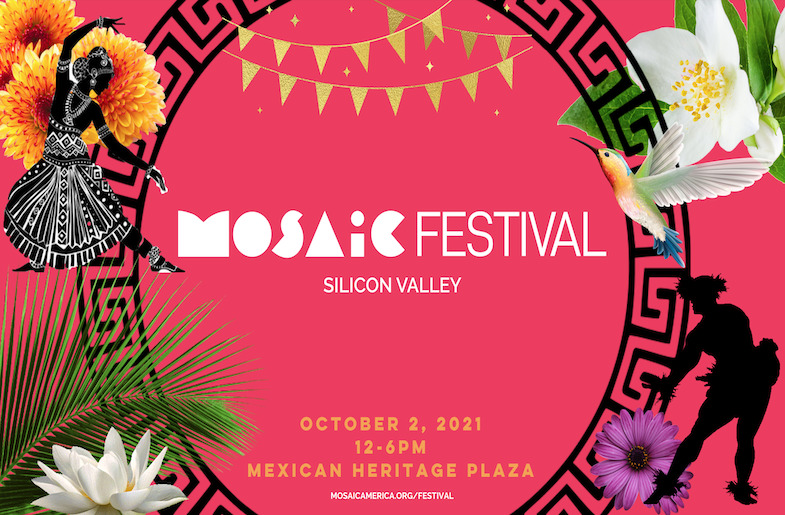