Every language should have at least one word which serves as an adequate response to just about anything. A single expression that can encapsulate an array of emotions in life and art—from despair and adoration to disgust and frustration. But in their narrow definition, the human beans at the Oxford English Dictionary (OED) have pigeonholed the all-purpose aiyo to the very bleh “Oh no! Oh dear!”

Along with Roald Dahl’s human bean —“You surely is not telling me that a little whizzpopping is forbidden among human beans?” questions an incredulous big and friendly giant—aiyo found a place last September in the hallowed pages of the OED, rolling in not with the majesty of a juggernaut, or with the gentleness of a breeze on the verandah, but with much hullabaloo over its narrow interpretation.

Given that I’ve been dropping aiyo all over the place in all sorts of contexts since I was yea high, I was excited to share the word with my non-Indian friends, and also keen to fill them in on the versatility and range of this very common exclamation from my 2,000-plus-year-old Tamil language—you can hear aiyo which has no equivalent in English being uttered in the South Indian states of Tamil Nadu, Andhra Pradesh, Karnataka and Kerala!

My many chats with friends about aiyo kicked off with a conversation with Maggie Downie, with whom it’s always fun and easy to talk just about anything! Still, one simply cannot spring a word like this on an unsuspecting person unless it’s over South Indian tiffin; which is why halfway through our pesarettu, chutney and badam halwa, I asked how aiyo sounded to her.

“It’s a nice-sounding word,” she said, mulling over it for a few seconds. “It makes me think of movement, like PiYo [Pilates and yoga].” Of course to Maggie, a Pilates studio owner and a globe-trotting adventurer who’s walked on fire and swum with piranhas, any novel word might sound like movement!

Every language should have at least one word which serves as an adequate response to just about anything. A single expression that can encapsulate an array of emotions in life and art—from despair and adoration to disgust and frustration. But in their narrow definition, the human beans at the Oxford English Dictionary (OED) have pigeonholed the all-purpose aiyo to the very bleh “Oh no! Oh dear!”

In Hindu mythology, Aiyo, I tell her, is the name of the wife of Yama, God of Death! It was not an exclamation I used around my traditional grandfather who disapproved of it, viewing it as an invitation to Mrs. Y—unless it was made acceptable by adding one of the names of Vishnu as in aiyo Rama—but it would be appropriate in any of these scenarios:

Broke your phone? Aiyo, that sucks!
Aiyo, I stubbed my toe again!
Aiyo, what a cute puppy!
Aiyo, the nerve!
Aiyo, the shareholders are so worried!
Aiyo, there’s a fly in my soup!
Aiyo, you’re going through so much,
you poor thing!

In devotional Tamil poetry written by poet-saints, the Alvars, aiyo is even used as an expression of joy and awe at the sight of the form of Ranganatha, or Vishnu.

How, I asked Maggie, might Mark Twain have used the word? Maggie had worked at the Mark Twain House and Museum as the Assistant Director of Education, and both us are die-hard Twainiacs.

Without missing a beat, she said, “if Satan (Twain’s cat) did something particularly frustrating, he would definitely have used it! Or if Twain caught someone lying, he’d go aiyo!” she said, referring to the quote: “If you tell the truth, you don’t have to remember anything.”

All perfect scenarios, with one minor change. It would be the liar, not Twain, who would exclaim aiyo at being caught! Our chat eventually turned into a word-swap and she ended up teaching me all about moosha-moosh!

My Italian-American friend Catherine Conant, an award-winning storyteller who led me through a fascinating discussion of etymology—who would have thought that the word assassin came from the Arabic hasisi or hashish eater?—tells me that the closest Yiddish equivalent of aiyo that she can think of is oyvey (expressing dismay) and, in Italian, basta—stop, it ends here!

“I use basta in my stories,” she said. “You hold your arms straight out and your hand up as if you’re saying stop; we’re not going any further—but yours is much more interesting in that it’s actually attached to a goddess!”

What, she asked me, is the origin of the word?

The OED states that aiyo originated from Chinese Mandarin, but I wanted to know more, so I asked E. Annamalai, visiting professor in Tamil at the University of Chicago who pointed out that the expressive word in Tamil is first recorded in the Jain epic Civaka Cintamani of the 9th century. “It must have been in the Tamil language before this period, but a literary author finds the word fit to have literary merit only in this period. As with expressive words, there is no root for this word; it is the effect of the sounds,” he told me.

Prof. Annamalai felt that the fascination with aiyo on the part of the OED lexicographers comes from its emotive content and impressibility, more so in the Internet age where emojis are popular. I asked him if aiyo would ever gain acceptance and become a part of common usage, like yoga, masala, pajama and curry. That would depend, he said, if aiyo can fill a gap in meaning, or give a thrill in its usage!

“The latter is possible if some popular English fiction writer or pop song singer uses this word,” he said.

Now, if only Beyonce could belt out: “Aiyo, if I were a boy” or something to that effect! 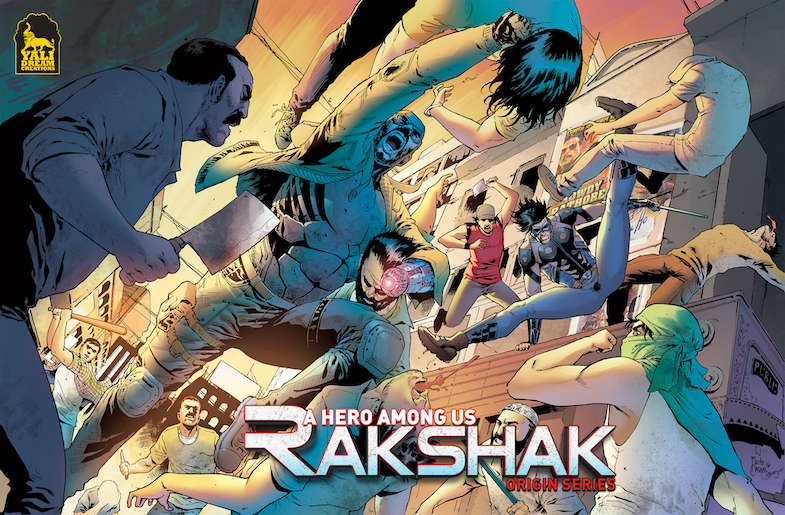 The world cannot get enough of superheroes. Superheroes dominate the entertainment industry from comic books and graphic novels to films and streaming services. 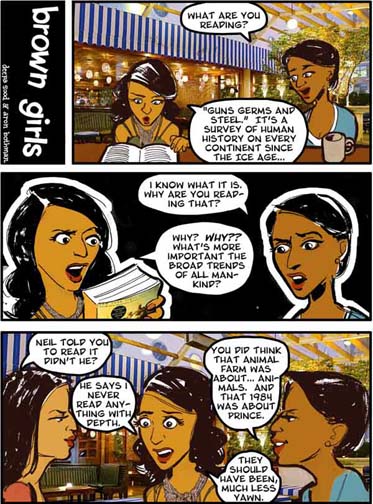 Deepa Sood is an associate in the San Francisco office of Latham & Watkins LLP.  In between chasing around her kids and her husband in Berkeley, California

Krishna M. Sadasivam is the cartoonist behind UNcubed, a weekly online auto-bio comic, focusing on life as an Indian guy in the United States. When he’s not c