The First World War was not only the United States’ first global conflict, but it was also the first time in which a truly diverse American military was able to showcase its strength and resolve on the battlefields of Europe. Among this diverse American Expeditionary Force was a group of South Asian soldiers. In the Spring of 2017, I completed an internship at the United States World War I Centennial Commission in Washington D.C. My assigned responsibility as an intern involved creating an original historical database on the service and lives of the South Asian soldiers during the war.

This project originated from a simple conversation I had with my supervisor at the Commission, Mr. Chris Christopher. I was sharing information that I had found about Dr. Bhagat Singh Thind’s service in the U.S. Army. Dr. Thind was one of the first South Asians and turbaned Sikhs to serve in the American armed forces. Mr. Christopher advised me to investigate more into Dr. Thind’s time with the American Military during the war.

As I did, I referred to Young India, a journal and newspaper publication from the South Asian American Digital Archives (SAADA). Using this resource, I uncovered the fact that more South Asians had participated in the conflict on behalf of the United States. The August and October 1918 issues of Young India listed the names and included photographs of South Asians who were in training or deployed overseas to Europe.

I utilized the information from Young India to identify primary documents catalogued on the website ancestryinstitution.com. Over a period of four months, I examined, analyzed and collected hundreds of records, such as naturalization papers, federal census documents, military registration cards, and more, in order to recreate accounts specific to the lives of these soldiers and relative to their military service. My searches used the moment they arrived in the U.S. as a common starting point and traced through time to their last known life event.

The internship project I completed at the U.S. World War I Centennial Commission continues to be important to me because it highlighted the comparatively unknown history of the contributions made by the South Asian community in the war. This project taught me that the First World War truly showcased America’s diversity and every person in their own way played a role in defending their country.

One story that reflects this sentiment is that of Manganlall K. Pandit because he served in both World Wars on behalf of his adopted country. Mr. Pandit was eventually laid to rest in Fort Leavenworth National Cemetery, Kansas. It was fascinating to discover the extent of his service to the U.S. military, and I found I was learning more than information about this heroic soldier.

In collecting and examining hundreds of pieces of information, I was able to apply a richer context to the profiles I was developing for each soldier that I identified and, thereby, I was able to strengthen my writing, analysis, research, and historical recording skills.

An aspect that I found intriguing while documenting the individual backgrounds of these soldiers was that almost all of their registration cards listed their race as Caucasian, and not as Indian, colored, black, or some category used today. After the First World War, the Federal census documents listed their race and ethnicity as Indian, Muslim, etc. This could have been the result of the 1923 Supreme Court case, United States v. Bhagat Singh Thind, which ruled that individuals of Indian origin were not considered white and, therefore, could not be granted naturalization and citizenship.

Unfortunately, the issue of naturalization and citizenship followed a highly contested pathway and this issue was not resolved until after World War II. 1946 saw the signing of the Luce-Celler Act by President Truman, and even then, there was a quota set at 100 natives of India per year. It was not until 1965 that the Hart-Celler Immigration Act began the phase-out of U.S. national origin quotas altogether.

Overall, I learned that the South Asian soldiers who contributed to the diversity of the American military through their service did so with commitment to a greater ideal. They could not know that it would take nearly half a century before their sacrifices would be aptly acknowledged through U.S. naturalization and citizenship.

My current research is an effort to capture the stories of the South Asian soldiers and their lives. In continuing my work, I would welcome hearing from anyone who has information regarding individuals of South Asian descent who served in the U.S. military in any capacity during the First World War. Please assist me to preserve and commemorate the legacy of these brave soldiers.

Tanveer Kalo’s research is being shared by the US WWI Centennial Commission.

The original version of this article appeared on Centenary News. www.centenarynews.com

Tanveer Kalo of St. Lawrence University in Canton, NY, is researching the stories of South Asians who fought for the United States in the Great War. He writes about how the project began during his internship at the United States World War I Centennial Commission. 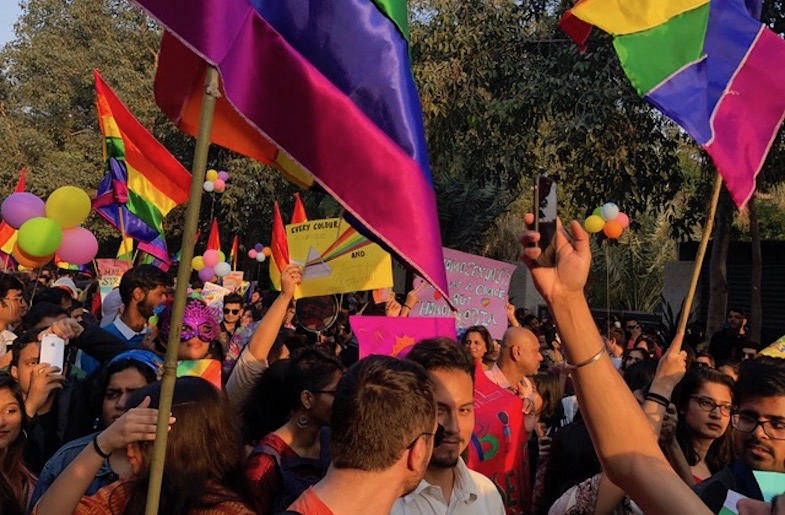