Secretary of State Shirley Nash Weber explained the nuts and bolts of the September 14th election that will decide whether or not the Democratic governor ends his term.

California will hold a recall election against Governor Gavin Newsom on September 14, and if a majority votes to remove him from power, a new governor will be elected that same day from a certified list of 46 candidates.

24 Republicans, 9 Democrats, 2 members of the Green Party, 1 libertarian, and 10 without party preference, compete to replace Newsom who will face a referendum on his administration at the polls amid the COVID-19 pandemic, the wildfires and a record-breaking drought.

“It is probably the most important election that we will see in a long time, not only because of the implications of who becomes governor, but also because of the message it sends across the nation about California politics,” said Secretary of State Shirley Nash Weber in a conversation with journalists hosted by Ethnic Media Services.

The best-known names on the list of certified candidates that include housewives, college students and former public officials are Republicans Caitlyn Jenner, an Olympic gold medalist, and Larry Elder, a conservative radio host. Democratic candidate Kevin Paffrath, a personal finance influencer with more than 1.6 million YouTube followers, is another popular name.

Weber, who is California’s first African-American secretary and took office on January 29, 2021 after replacing Senator Alex Padilla, said the elections can cost about $400 million, an “extremely expensive” price for an election that only needed to collect signatures from 12% of the electorate to be convened.

Other states authorize recalls based on at least 30% of voters and there are several in which this option does not exist. Since 1913 there have been 55 attempts in California to remove the governor, the only successful one being in 2003 when 55.4% of voters backed the removal of Gray Davis who was then replaced by Republican Arnold Schwarzenegger.

“After the elections I do plan to pull together a group of bipartisan individuals to look at our recall process, and see whether or not we need to continue down this path,” Weber added. “The bar (for the electorate to request a recall) is too low.”

On the idea that the Republican Party promotes recalls in a blue state where it cannot win elections, the secretary said that “may be true and that may be why we are seeing recalls in California while in other states you’re seeing voter suppression legislation.”

Weber said she has asked her staff for a list of recalls that have been occurring at more local levels such as county supervisor, city councils and school boards.

A daughter of sharecroppers in Hope, Arkansas, during the Jim Crow segregation era, whose family moved to California when she was three years old, Weber shared that her parents never had the opportunity to register to vote and that her grandparents passed away before the passage of the Voting Rights Act of 1965.

“A recall election is very important because you can potentially eliminate a person from office, not just pick a person to come into office,” added Weber. She urged Californians to verify if they are registered to vote on voterstatus.SOS.ca.gov, and if they are not, to do so virtually before August 30 to receive their ballot in the mail.

She also said that her office has a $17 million budget publicity campaign to get electoral information out.

There will be two questions on the ballot:

Weber explained that if 50% plus one say yes to recall the Governor, then the answer to the second question “becomes relevant.” Of the 46 candidates to replace Newsom, whoever obtains a simple majority will win, even if the highest number of votes represents only 20% of the voters. If people say they don’t want to get rid of the government, it doesn’t matter who gets the most votes to replace Newsom.

“You should pick a person in the second question, because even if you don’t want to recall (Newsom) you would still want to have input in who becomes the governor,” Weber said.

August 16: Counties will begin to send ballots to the homes of registered voters.
August 24: The SoS will publish the information guide with all the details of the election and competing candidates.
August 30: Last day for voters to register online and receive a ballot in the mail.
August 31 – September 14: In-person registration at polling stations and center boxes provided by local voter registries.
September 7: Last day for counties to send vote-by-mail ballots
September 14: Election Day. Polling places are open from 7 a.m. to 8 p.m.
September 16 to October 14: Ballot counting.
October 22: Official date on which the election results are known.

Voters can track their vote by mail through the portal: https://california.ballottrax.net/voter/ 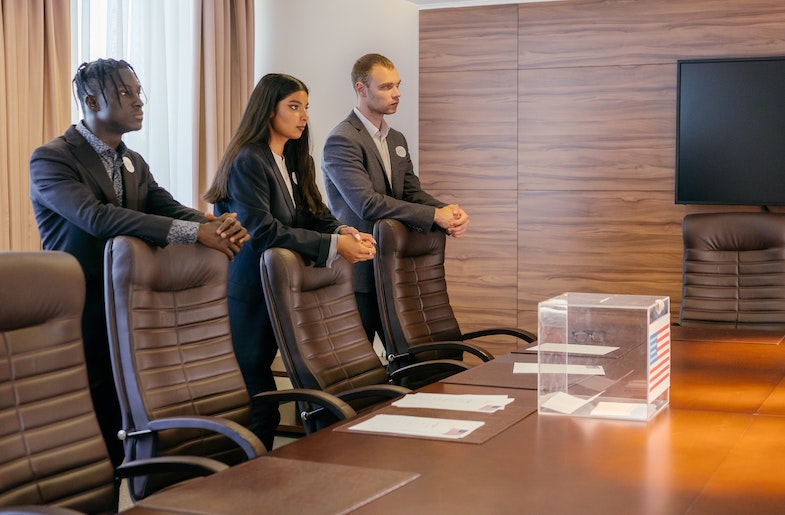