2009 may best be remembered as the Year of the Strike—a showdown between film producers and film exhibitors—which by many estimates cost the Hindi film industry about $60 million in lost revenue. Here is a rundown of the most memorable Hindi films of the year.

1.Kaminey. After being called everything from Pankaj Kapoor’s uppity offspring to a one-hit wonder (Vivah), and sometimes overshadowed by ex-paramour Kareena Kapoor, Shahid Kapoor finally attained top tier credibility first with Jab We Met (2008) and then with Kaminey. Finessing the role of twin brothers as much at odds with themselves as they are with the warring underworld gangs they get entangled with, Kapoor made a convincing case to take over the angry (urban) young man mantle. Supported by Vishal Bharadwaj’s great direction, an ensemble cast, including a superb Priyanka Chopra (who will no doubt garner acting accolades for both this as well as What’s Your Raashee?), this masterfully crafted tale of urban graft and xenophobia-baiting political bigwigs battling to carve up Mumbai as a play-ground for either the super-rich, the super-corrupt or the super-lucky, Kaminey emerged a winner all the way around.

2.Ghajini: Since U.S. release dates for major Hindi films hardly ever coincide with the strict deadlines of print editors stateside, this late 2008 entry missed the count of the best Hindi films for 2008 and is therefore being considered in 2009. Over the last decade, and perhaps as far back as a generation, no other Hindi movie has offered such a disturbingly primordial vision of psychotic rage with such spectacular box office results. By far the most talked about Hindi movie of this past year—without taking anything away from Slumdog Millionnaire—Aamir Khan’s taut re-packaging of a successful formula that had already been tested in Hollywood (Memento) and Chennai (director A. R. Murugadoss also made the Tamil “original”) notched up a record-shattering box office take and critical nods. Khan’s tattooed antagonist, a former millionaire businessman out for revenge for the brutal attack on his girlfriend, became both a pop culture phenom and a caricature of itself. Khan laughed all the way to the bank and emerged as the most powerful name in Hindi films.

3.Delhi 6. Rakeysh Mehra’s reflections on urban legends reminisced from his New Delhi childhood provided a perfect balance of refreshing story-telling (a half-ape half-man critter on the loose—the Hindus blame the Muslims and vice versa), a would-be star-crossed couple (Abhishek Bachchan, Sonam Kapoor) and elevated music (one of highly prolific A.R..Rahman’s half a dozen of or so million-plus selling scores from just this past year). Breezy and well-made, Mehra’s work captured the froth of a bursting mega-city that is perennially on the verge of reinventing itself, this time with an allegorical subtext about communal harmony tossed in somewhere. Boosted by an Amitabh Bachchan voice-over cameo and a couple of foot-stomping ditties to hum along with, Delhi 6became a fictitious film address worth looking up.

4.Wake Up Sid. A romantic comedy featuring a bumbling Ranbir Kapoor has become a more or less successful formula since Kapoor scored withBachna Ae Haseeno in 2008. Aimed squarely at the wired crowd that incessantly tweets and texts in the virtual world and yet struggles when it comes to making human to human contact, director Ayan Mukherjee scored major points. Turning over conventions—Gen Y loves to defy every strata of gravity, you see—Kapoor is seemingly mis-matched opposite Konkona Sen Sharma in a delightful exercise in incongruent casting. Carefree with its delivery and accompanied by an elevated Shankar-Ehsaan-Loy score, Kapoor also garnered kudos for playing pretty much the same role in the late year Ajab Prem Ki Ghazab Kahani. Watch for Anupam Kher in an excellent supporting role as a disappointed rich father coming to grips with a slacker son.

5.Wanted. As the first bonafide hit from the production house headed by Sridevi (her producer-husband Boney Kapoor has had hits down the years), director Prabhu Deva’s Hindi remake of his Tamil megahit Pokiri was cast favorably as a muscle-bound Salman Khan vehicle. With a exceedingly violent modus operandi—just how many ways can you kill a guy?—and for all its posturing at staging gang warfare, Deva’s tight handling successfully keeps under wrap the identify of a secret mole that double and triple crosses the enemies of all that is decent and proper in Mumbai, mind you.

6.Luck by Chance. This low key movie stars Farhan Akhtar, who has made quite a name for himself in a relatively short time. Directed by Akhtar’s sister Zoya Akhtar, this grounded look at the behind-the-scenes lives of struggling actors in Hindi films was a welcome entry indeed. As a follow up to the sensational Rock On!, Akhtar—who can write music, sing, make and produce films, and is not a bad actor to boot —definitely displays the hallmarks of someone that will be around for a while. Cast alongside Konkona Sen Sharma, who can do no wrong, this Luck was also remarkable for roping the likes of Aamir Khan, Shah Rukh Khan and Hrithik Roshan, who play themselves in surprisingly ego-free short turns. Very clever film-making. Very worth watching.

7.13B. We are very shallow when it comes to cheap late night thrills, and few recent entries have filled the late night heebie-jeebies marching orders better than this slasher entry starring Madhavan and Neetu Chandra. In the age of mass media, the premise of a T.V. show that forecasts reality before it happens is ripe with psychological underpinnings. Director Vikram Kumar mercifully sticks to linear story telling filled with creepy goings-on at a Mumbai high-rise. Is the TV show really depicting events that will come true? Is it ordering anyone watching to commit murders? Why is there a draft at the back of my neck? This is one flick that definitely must be watched with the lights on!

8.New York. In the West, movies that dwell too strongly on collective soul-searching engendered by the events of September 11, 2001 have generally failed to get sizable box office audiences. Not so with Indian audiences. While Yashraj’s New York only touched on the  anxieties experienced by Muslims in a post-9/11 America, there was enough riding here to make this a thought-provoking film. There are two other similar-theme A-list Hindi entries that will soon follow. The Saif Ali Khan-Kareena Kapoor starrer Kurbaan and Karan Johar’s My Name Is Khan, with Shahrukh Khan, will soon tap into the very same nerve. As if borrowing a chapter from one of these movies, real life events have already garnered two of the three entries some measure of notoriety. On the eve of New York’s release, star Neil Nitin Mukesh was stopped and briefly detained by airport security at New York’s JFK airport on grounds that Mukesh looked “too white to be an Indian,” while Shah Rukh Khan, in New York to wrap shooting for My Name is Khan, was also briefly detained and questioned by airport security at the Newark airport in a story that created waves.

9.London Dreams. Any romantic triangle with Ajay Devgn must have a prerequisite—about a third of the way through, Devgn must become either  obsessively jealous or obsessively moody after being spurned at love. This time it’s obsessive jealousy playing out in the life of a successful London-based singer (Devgn), whose paranoia gets the best of him when his childhood buddy (Salman Khan), a late-blooming singer in his own right, appears to exhibit talent of his own. Sparkling with a London-based urban wit juxtaposed against an Indian village-based rural beat, the mostly-imagined rivalry takes a new turn as the two best friends try to win over the same band groupie (Asin).

10.Luck. The global craze over so-called reality game shows was bound to hit the Hindi screen sooner or later. As a down-market testimonial to a special effects crew honing their F/X chops, Luck was escapism personified. An underworld gambling powerbroker (Sanjay Dutt) bets on a down-on-his-luck Mumbai youth (Imran Khan) to match wits with other “contestants” in a death-defying, twisted, and absurd set up of real-life natural selection at the poker table. Adventurous and right-on in staging a full menu of daredevil thrills, director Soham Shah’s movie, also featuring Mithun Chakraborty, was saved by Chitrasi Rawat, a U.K.-born performer debuting here as the picked-on runt of the daredevil pack, who single-handedly steals the show. 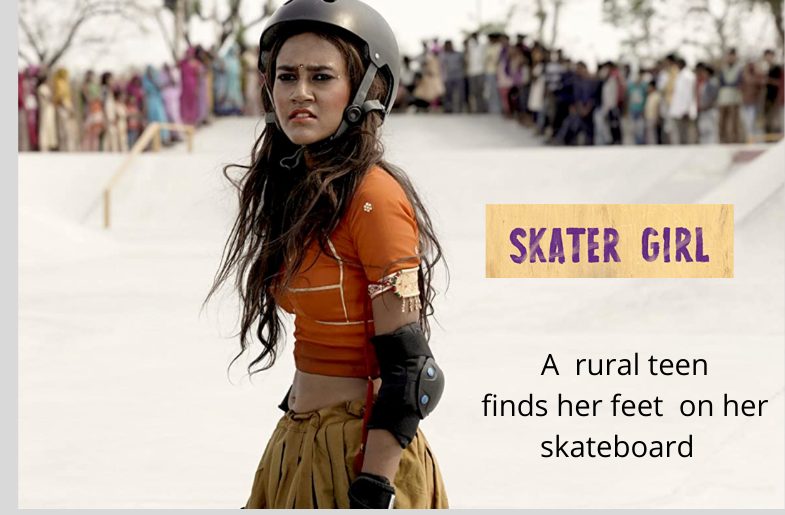