“I am very excited to be working for SAJA and its members,” said Shrivastava, who previously served as vice president of SAJA for two years and secretary for two prior to that. She has been convention co-chair for the past two years. “These are challenging times and we want to do everything we can for SAJA members by providing more scholarships, professional development and networking opportunities. We welcome your feedback, so please feel free to reach out with ideas and even complaints.”

She succeeds Jigar Mehta (@JigarMehta), a documentary filmmaker and digital journalist, whose two years as president saw the organization hit new milestones in memberships and fundraising and the expansion and launch of programs such as SAJA Comes to You.

Sovy Azhath (@SovyProducer), a producer at CNN, was named vice president. “I’m looking forward to a banner year for SAJA,” said Azhath, who was SAJA secretary and convention co-chair in 2011. “We’re excited to host numerous events such as networking mixers, book signings, job fair, the stellar awards gala dinner and much more. SAJA will work with our members and friends across all media organizations and platforms.”

SAJA will continue its mission of awarding journalism scholarships to students of South Asian descent or those interested in the diaspora, increasing last year’s scholarship sum of $36,000 to $50,000 in 2012 (in 2010, the amount was $17,000).

Its other signature program, SAJA Reporting Fellowships (which underwrite stories that news organizations are unable to fund themselves), will once again give away up to $35,000 this year (and will continue to be administered by former president Sandeep Junnarkar (@sandeep_nyc) of CUNY Journalism School). We are grateful once again for a $20,000 contribution by Kumar Mahadeva and Simi Ahuja of the Mahadeva Family Foundation, whose support has been critical for this popular program.

Shrivastava said she hopes to meet many SAJA members in different parts of the country. Members can expect more engaging events, such as the SAJA Comes to You program, in Washington, Boston, Chicago and San Francisco and elsewhere. For updates, follow us on Twitter @sajaHQ.

ABOUT SAJA (@sajaHQ): SAJA, the South Asian Journalists Association, is one of the most dynamic journalism organizations in the U.S. and Canada. Founded in March 1994 with 18 members, today it connects and serves more than 1,000 journalists at news outlets big and small. SAJA has members spread across North America and active chapters in New York, Washington, San Francisco, Boston and Toronto, with occasional activities in cities such as Los Angeles, Chicago, Atlanta and Philadelphia. It is headquartered at Columbia Graduate School of Journalism in New York City.

SAJA serves as a networking and resource forum for journalists of South Asian origin as well as for journalists  and others interested in South Asia and the South Asian diaspora. Its mission includes acting as a resource to promote accurate coverage of South Asia and the diaspora. To achieve SAJA’s mission more effectively, in 2003, SAJA helped in the formation of SAJA Group, Inc., a non-profit 501(c)3 organization and jointly they execute SAJA programming and events. To donate to SAJA, please visit http://saja.org/donate. 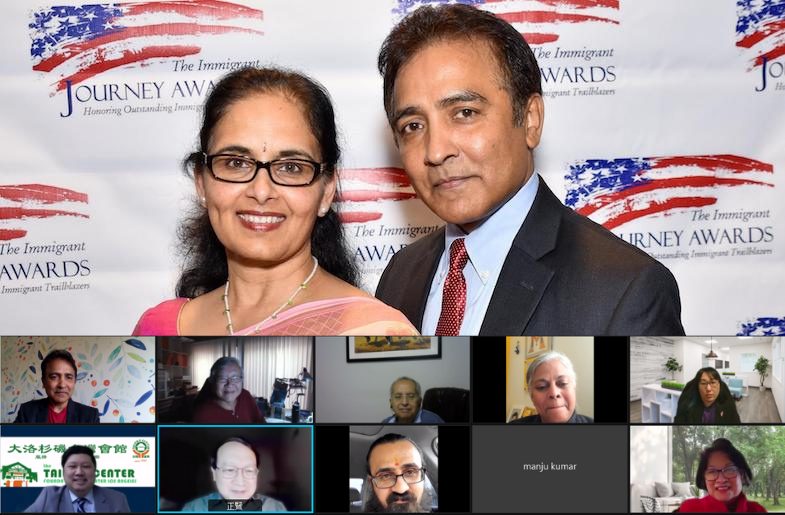