Every time I travel abroad, I am reminded of the immense power of American status, culture, politics and influence. American culture is inescapable and despite the stereotypes of a “dumb American tourist,” the actions of the world show that they are truly impressed with American status, a status bestowed on anything drawn from American shores. As an avid traveler, I am regularly confronted by admiration for everything American. From a small cafe in Uruguay where American pop music blared as patrons who spoke no English sipped traditional mate to a semester in Paris in 2012 where the front page of Le Monde was primarily focused on the minute details of the American presidential election rather than the ongoing European financial crisis at the time, American culture and politics holds sway all over the world.

In India, I have felt the furthest from my American lifestyle. People wear mostly Indian clothes, traffic rules are non-existent and a cornucopia of sights and sounds with constant stimulation remind me at every second that I am far from home. Yet, American cultural facets still manage to seep in and define what it is to be “cool,” even when seemingly irrelevant to the local environment. Growing up in India, my cousins watched the show Friends religiously, much before I discovered the show here in the United States. They could quote every line and joke from the show, even when the reference seemed so quintessentially American. They didn’t have to understand the context of the joke because to them, Friends represented the lifestyle of being American and that was cool in and of itself.

In India, Dominos and Pizza Hut are considered to be somewhat elite institutions. My family goes to these pizza chains for celebrations and they are reserved for the middle and upper class. They represent an aspiration for the elitism of living in America with their uniformity, cleanliness, and the perception that America affords a worry-free lifestyle. It didn’t necessarily imitate my American experience, but surely appealed to the American experience that was envisioned there. Taxi drivers often ask with wonder about the lavishness of my American lifestyle. I once was asked if it is true that Americans don’t wash their clothes because they can just throw them away after each wearing.

When I start speaking my American accent can be heard distinctly; in appearance, my dark skin and short stature makes me average at best by Indian standards but my American identity bestows on me an indescribable elitism. The backdrop of a somewhat fawning American appreciation the world over makes me realize the blatancy of our flaws as a nation when they are brought up in conversation.

When I talk with members of my family in India, there is a lot of ribbing and questioning from uncles and aunts about America. I regularly defend America when family members try to push my buttons hoping to elicit a passionate outburst. In my opinion, the ribbing usually reflects the close mindedness of a conservative Indian mindset rather than a failure of American values. I am usually able to build a cohesive argument on how their criticism actually speaks to American progressivism and is testament to a culture which, I believe, fosters independence and diversity. But my strong defense of America falters when it comes to gun violence.

As a proponent of stricter gun control measures in America, I live in a culture which fights for incremental protections that don’t impinge on gun owners’ rights. To my family in India, the fact that so many people own guns posits a distinct lack of freedom and poses a risk to public safety. They are perplexed that we use arguments of freedom to defend gun owners’ rights. The Second Amendment with the right to bear arms is stated endlessly as an essential part of defining American freedoms. When I try to use the text of the Second Amendment to explain the rights of gun owners, I am reminded that the goal of the amendment is to be able to form a militia to keep government honest, not to support vigilante justice against personal threats. My defense soon falters.

The constitutional defense of gun owners does not convince me, my family and much of the world. There are several moments of honest bafflement at how we fail to protect our own citizens. Gun control propositions remain as footnotes in candidate platforms rather than taking center stage to help fix one of our largest national tragedies.

Every day 93 people die and 309 people are shot in murders, assaults, suicides and suicide attempts, unintentional shootings and police intervention (Brady Campaign statistics). Beyond the deaths, it is startling to think about the 200 or so victims who are wounded daily by gun shots; think of the limbs amputated, the dreams derailed, the lives changed.

On June 14th, I woke up to a report of a shooting of four Congressmen on a baseball field in Washington D.C. As we go to press, Congressman Steve Scalise is still in the hospital, and we do not know how long his recovery will take.

On June 20th, Kelly Mcevers in an NPR radio broadcast made this incredibly sad announcement. “We’re going to hear about something radical that a group of kids in Chicago did near the end of this school year. They played in a nearby park. That is radical because shootings in the area have meant the kids had to spend their recesses inside for more than two months this year. So eighth graders decided to organize a protest against gun violence.” Four hundred and fifty students marched in the West Side neighborhood around their school, Polaris Charter Academy, and ended by playing in that park.

These heartbreaking incidents that happened just in the past 10 days keep adding up through the year. These instances are jarring, but instead this has become part of our normal.

Defenders of gun rights regularly claim that guns don’t kill people, but rather people kill people. The Washington Post recently reported that toddlers have shot 23 people this year alone. Guns do kill people as indicated by this statistic inflicted by  toddlers who we can all agree are innocent.

Even when victims are the politicians who have the power to shape the law such as the Republican congressmen who were shot recently, there will likely be no serious gun control legislation to arise out of the tragedy. We fail to be shaken by the daily violence in our communities, in my opinion, because it is too trying. Acknowledging the enormity of this everyday national tragedy is emotionally draining and debilitating.

With the recent elevation of hate crimes and the publicity of violence against Indian immigrants in the United States, my family, like many others in India, is shaken. The charmed American lifestyle is still coveted, but there is now an inherent risk in living in the United States in their eyes. I find myself defending the safety of Indians here by noting that others are worse off, hardly a good selling point. The risks in India are also grave but in seemingly different ways, I say. Road accidents for example are rampant and the threat of death is likely higher for those in India than for Indian immigrants to the United States. I continue to defend the United States as one of the safest places to live, but that argument falls on deaf ears, and rightfully so.

If we let the rest of the world’s reaction be an indicator to us, not dealing with guns is one of our largest tragedies. The fact that gun violence has never been addressed radically by politicians is our greatest national shame.

Tara Kumar is a woman, the child of Indian immigrants, and an activist. With the recent political climate, she is exploring issues of American identity through her personal experience. She has a BA in Economics and Political Science from the University of Chicago and is particularly interested in issues of social justice, politics, and government. She currently lives in Los Angeles.

Treasure the Environment with Family-Fun Activities In the Bay Area

Any day is a good day to learn about protecting the environment, but this month, especially so. Earth Day takes place on April 22 every year and in “normal”

Every year around this time, the community of film lovers mingles with film creators, directors, and artists at the Cinequest Film Festival in San Jose downtown 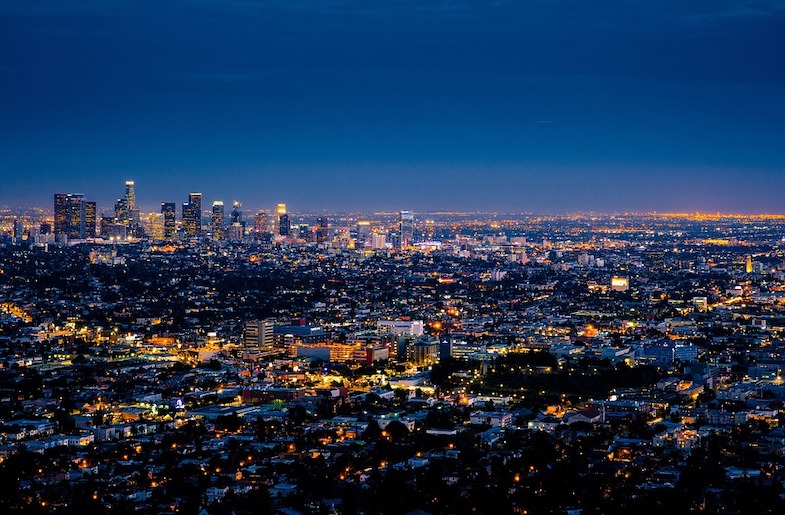 When traveling abroad, there are many important steps to ensuring that the trip goes perfectly. A trip between two countries so culturally diverse and far apart